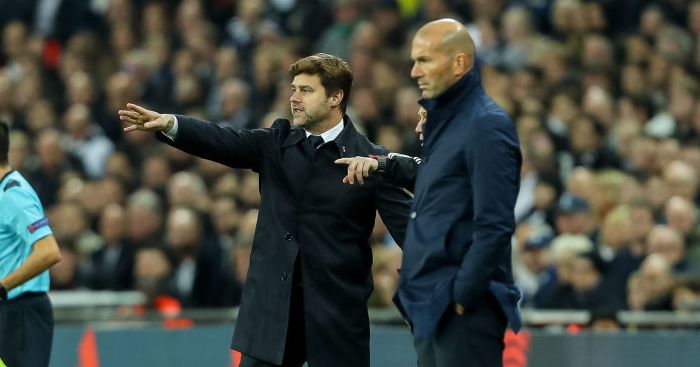 For Mauricio Pochettino, it feels as though the time is coming. The Argentine has worked wonders in north London since leaving Southampton in 2014, raising the bar at Tottenham Hotspur higher than ever before. But it it isn’t funny anymore, and the jokes fall on deaf ears: Spurs and Pochettino have shown where they belong, they are no longer involved in discussions purely for humour, but because they have earned it. He hasn’t yet brought a trophy to the club, but changing the perception and making the outside – particularly their direct rivals – sit up and take notice has been his greatest achievement to date.

Pochettino doesn’t need a trophy to make his point any clearer, at least not the FA Cup or Carabao Cup. As embarrassing as it may seen, then, their exit from the latter at the hands of League Two side Colchester United on Tuesday shouldn’t cause too much friction, but the result does feel like the straw that broke the camel’s back.

The manager’s post-match press conference was extraordinary, proving that he is losing his willingness for diplomacy and subtlety. He claimed there are “different agendas” in his squad, which is hard to deny given what has happened with Christian Eriksen, Toby Alderweireld and Jan Vertonghen this summer. Spurs haven’t won away from home since January, losing ten and drawing two of their last 12 games on the road; these issues aren’t temporary, nor are they small. Some supporters, admittedly a minority, are beginning to call for the manager to go, and he might just sooner or later. It does feel as though he has taken them as far as he can – or is willing to, at least.

That doesn’t necessarily mean he is looking elsewhere, but his work at Tottenham has never been fully appreciated by the media. Many of the same pundits who claim he needs to win silverware to mark his legacy also claimed Arsene Wenger wasn’t doing enough by lifting the FA Cup in 2014 and 2015. Others suggest Spurs are falling short of Manchester City and Liverpool, but his work is the biggest reason they are even in the same breath.

Tottenham are at a crossroads: they’ve earned the respect and shown they can compete, but sticking to a wage structure and limiting spending as they do, which is a very sensible way to go, means they need some luck to keep the pace. Pochettino may now look at it and think he needs to go elsewhere to achieve his ambitions, because in reality, he is working at his maximum now and there isn’t much more he can do unless there is a drastic change in approach from the boardroom. His new, more honest demeanour shows that.

Make no mistake, as soon as Pochettino makes clear his intentions to leave his current club, he will not be short of offers. Manchester United, who were reportedly considering him before giving Ole Gunnar Solskjaer the reigns at Old Trafford, may just reignite their interest. But Real Madrid would be the more obvious choice.

President Florentino Perez is a huge admirer, and Pochettino has recently admitted he could coach in the Santiago Bernabeu home dugout “one day”; in one sense, he is the perfect man for the job as Zinedine Zidane’s second spell continues to spiral into crisis, but his appointment would also necessitate a complete change in approach from those above him, one that has never been seen before.

In Madrid, peaks and troughs come with the territory, mostly because Perez is so ruthless and cut-throat that change is constant. But a new era is dawning. Their four-time Champions League winning side is finally ageing and beginning to break up, and there was a hefty summer spend in an attempt to speed the process along. Zidane is struggling to balance the experience and youth at his disposal. Given time, Pochettino would be able to usher in a new identity on the training pitch. He may demand more at Tottenham, but he often claims not to have a say in transfers. While no-one really gets that with Perez, he wouldn’t likely go searching for control at the Bernabeu. What he would need, though, is the ability and patience to stamp his authority on the club in a way that nobody really has. Jose Mourinho, Carlo Ancelotti and Zidane have all managed it to a degree, but none of them play with a style as complex and demanding as Pochettino. There would need to be a mentality change, and he would need time.

If Zidane does go, Mourinho’s availability will make him a candidate too. But his previous three-year reign, between 2010 and 2013, outlined exactly why he isn’t the man for that club, as did his last job at Manchester United. He couldn’t handle the intense, unique scrutiny from the Spanish media, something Pochettino’s charm would help him navigate better, and he thrives when he can create a siege mentality and break the mould at a club. There were those, notably Sergio Ramos, now captain, who weren’t quite on his wavelength, something Mourinho didn’t respond well to. He went into the job on top of the world last time, having just won the treble with Inter, and Real were ready and willing to work with him as they looked to end Barcelona’s dominance under Pep Guardiola. It is different now, they aren’t ready to compete in an instant, and as Mourinho showed at Old Trafford, he can struggle if not given everything he needs to succeed.

Something big is brewing on the horizon: there could be a huge managerial merry-go-round across Europe soon. Zidane has a lot of work to do if he is to prove himself as the man to navigate Real Madrid’s transition, while Pochettino appears to be growing more tired at Tottenham. He may not fit the bill perfectly in the Spanish capital, but he is better placed than most to mould a new, successful team; Florentino Perez has wanted him for a while, perhaps now is the time to make his move.