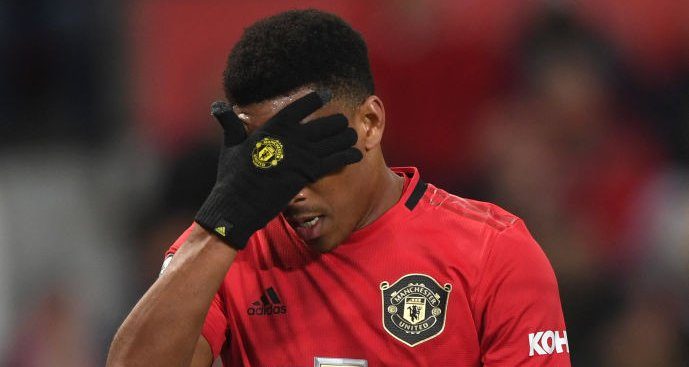 The France attacker was a peripheral figure as United laboured to a 1-1 draw against the struggling Toffees, with Mason Greenwood coming off the bench to level the scores and salvage a point.

Despite United having 24 shots in the match, Martial only mustered one effort – which was blocked – and Giggs believes he did not do anywhere near enough up front, suggesting that youngster Greenwood may now deserve to start ahead of him.

“He is talented, and he’s not a bad kid, but the problem he has is that he looks lethargic all the time. He looks casual, as if he’s not bothered,” Giggs said.

“When it comes off, and he’s doing brilliant things, you say it just comes naturally. But when it’s not, you think: he’s not running, he’s not trying, he’s not working hard enough, he’s not holding the ball up.

“So in my eyes he has to try extra hard because of his persona, because of the way that he moves.

“It’s all these sort of things that you’re not getting off him at the moment.

On Greenwood, he added: “He looks a threat, every time he comes on. I think Ole is handling him in the right way at the moment, bringing him on, impact player.

“It’s just how long you can keep him like that, because also when he starts games he’s scoring goals. We talk about Martial, he’s not doing enough, he’s not much of a goal threat, no chances in the box, so it won’t be long before Mason Greenwood starts.”