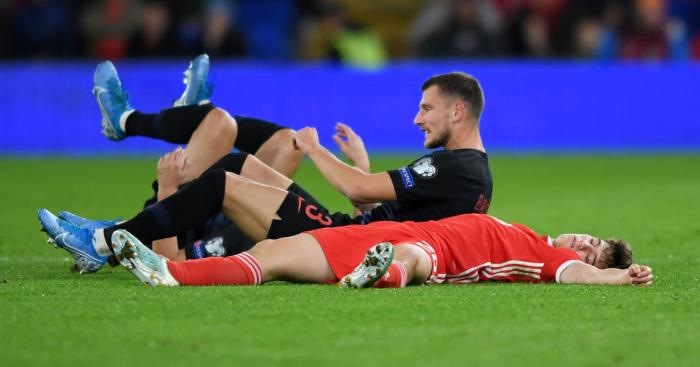 Wales manager Ryan Giggs called Daniel James “streetwise” to stay down after a heavy collision and insisted the Manchester United winger had passed concussion protocols to continue playing in the Euro 2020 qualifier against Croatia.

James was clattered by Domagoj Vida in the 14th-minute of the 1-1 draw at the Cardiff City Stadium, with the Besiktas defender booked for his rash challenge.

The 21-year-old looked as if he would have to be substituted when a stretcher was sent on to the pitch, but he was able to rejoin the action after receiving lengthy treatment from medics.

“The physio came over but there was no problem,” Giggs said.

“We did all the (concussion) tests at half-time and he was fine.”

James has twice been booked for simulation since joining United in a £15million move from Swansea last summer.

Giggs has defended James in the past, saying he is not a diver and needs greater protection from referees.

But Giggs suggested James was not as badly injured as many had feared after being sent sprawling by the combative Vida.

“He stayed down and was a bit streetwise,” Giggs said.

“Not to get anyone sent off, he was just using his nous.”