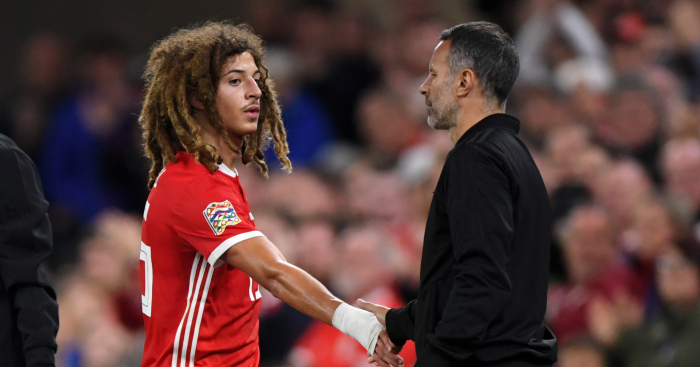 Wales manager Ryan Giggs was full of praise for Chelsea star Ethan Ampadu after a stand-out performance in the the Welsh midfield on Friday night.

Wales kept their hopes of qualifying for Euro 2020 alive with a 2-1 defeat of Azerbaijan in Cardiff thanks to a late winner from Gareth Bale.

It was far from a convincing performance from the Euro 2016 semi-finalists but Wales boss Giggs singled Ampadu out for his performance, and picked out his leadership qualities as particularly impressive, reports Y Clwb Pêl-Droed.

“He’s hardly played in seven or eight months and puts in a mature performance like that,” Giggs said in his post-match press conference.

“It’s best how to manage Ethan. It’s very tough for him to get through ninety minutes. It’s the fittest he’s been for a long time.

“He’s a future leader and it’s great to see him get minutes on the pitch. It’s my hope that he’ll get more games and he’ll get better.”

Wales now prepare to face Belarus in a friendly on Monday night before travelling to Slovakia and hosting Croatia in the next round of qualifiers next month.