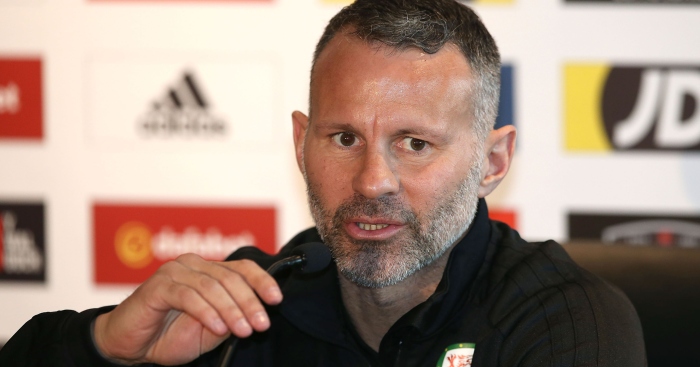 Ryan Giggs has responded to Zlatan Ibrahimovic’s criticism of the Class of 92 by insisting players with “over 2,000 games between us” are entitled to have an opinion about Manchester United.

Former United striker Ibrahimovic claimed in a newspaper interview that the ongoing loyalty of Giggs and other pundits like Gary Neville and Paul Scholes to Sir Alex Ferguson has fuelled criticism of Paul Pogba.

Ibrahimovic told the Daily Mirror that the criticism of Pogba dated back to his decision to walk away from Old Trafford and sign for Juventus in 2012 when Ferguson was still United manager.

“Only Nicky (Butt) is connected with the club now but when you play over 2,000 games between us, we are going to have an opinion,” said Wales manager Giggs, who made a record 963 appearances for United between 1991 and 2014.

“Sometimes it’s positive, sometimes negative, but it doesn’t have an effect on results.

“We are supporters. That’s what football is about, having different opinions.

“But he (Ibrahimovic) obviously knows more about the club than us.”

Giggs and his former Class of 92 team-mates – Neville, Scholes, Butt, David Beckham and Phil Neville – actually played a combined total of 3,450 games during the most successful period in United’s history.

Ibrahimovic played 53 games for United after being signed by Jose Mourinho in the summer of 2016 before joining LA Galaxy in March 2018.

Giggs was also asked about the possibility of Manchester City trumping the United side of which he was a member of in 1999.

United won the treble of Champions League, Premier League and FA Cup that year but City remain on course for an unprecedented quadruple.

Pep Guardiola’s team have already won the Carabao Cup and are still in the hunt for Champions League, Premier League and FA Cup glory.

City survived an FA Cup quarter-final scare at Swansea on Saturday to win 3-2 after being 2-0 down.

“I’ve got enough to worry about, please don’t bring that up.” Giggs said.

“They’re a fantastic team, aren’t they?

“They’ve already got one and United going out of the FA Cup makes it a little bit easier for them.

“They’ve got a long way to go but just like us in the treble, you need a lot of things to go for you. That bit of luck, which they had at the weekend.

“But they are a brilliant team. It will be interesting to see what they can achieve.”