Home Bournemouth Giggs: Wales prospect would be in England squad 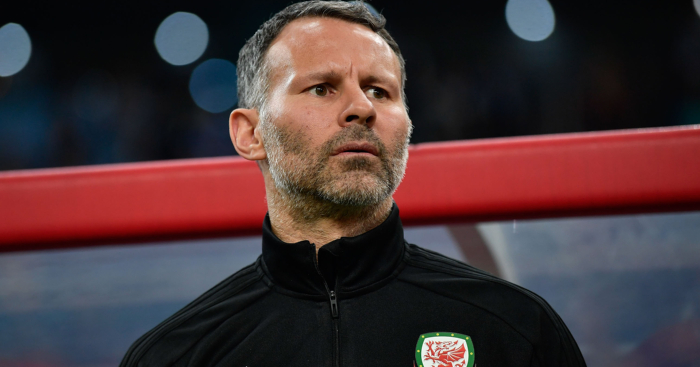 Ryan Giggs believes David Brooks might already be in the England squad had he not joined the Wales set up.

Brooks was named best player at the 2017 Toulon Tournament when England won the prestigious Under-20 competition in the south of France.

But the 21-year-old forward, who qualified for Wales through his Llangollen-born mother, opted to switch international allegiance and has already won seven caps and become an established part of Giggs’ squad.

“He is a talented player who is now scoring goals as well as performing well,” Wales manager Giggs said.

“It could’ve been so different with Brooksy, and what a disaster that would have been for us.

“He might have made the England squad had he not come to Wales.

“He is playing regularly and performing consistently at the highest level, and he just needs to carry on doing that.”

But he has really flourished this term with Giggs determined to fast-track young players into his team.

“I watched Bournemouth play Cardiff in the first game of the season,” Giggs said.

“I sat next to David’s chairman and said you’ve got a bargain, because he will just get better and better.

“He’s an exciting player and he’s at the right club to show what he is capable of.

“He can play in the number 10 role and also played in midfield at Sheffield United before that. He’s an intelligent player who can play in different roles across the front three, and even in the deeper role.”

Giggs has a huge week in front of him as victory over Denmark in Cardiff on Friday will secure Wales’ promotion to the top tier of the Nations League.

But before that Giggs plans to tune into a live television link and watch Salford – the club he part owns with former Manchester United teammates Gary Neville, Phil Neville, Paul Scholes and Nicky Butt – in FA Cup action on Sunday.

Salford, third in the Vanarama National League, are hoping to produce a cup upset away to League One club Shrewsbury.

“We get a live link with Salford and it’s going to be a busy day with the Manchester derby as well,” Giggs said.

“We beat Marine in the last round and scored a 90th-minute equaliser last weekend, so hopefully we will go into the game with confidence.

“I’m hoping for two victories on Sunday – United and Salford.”