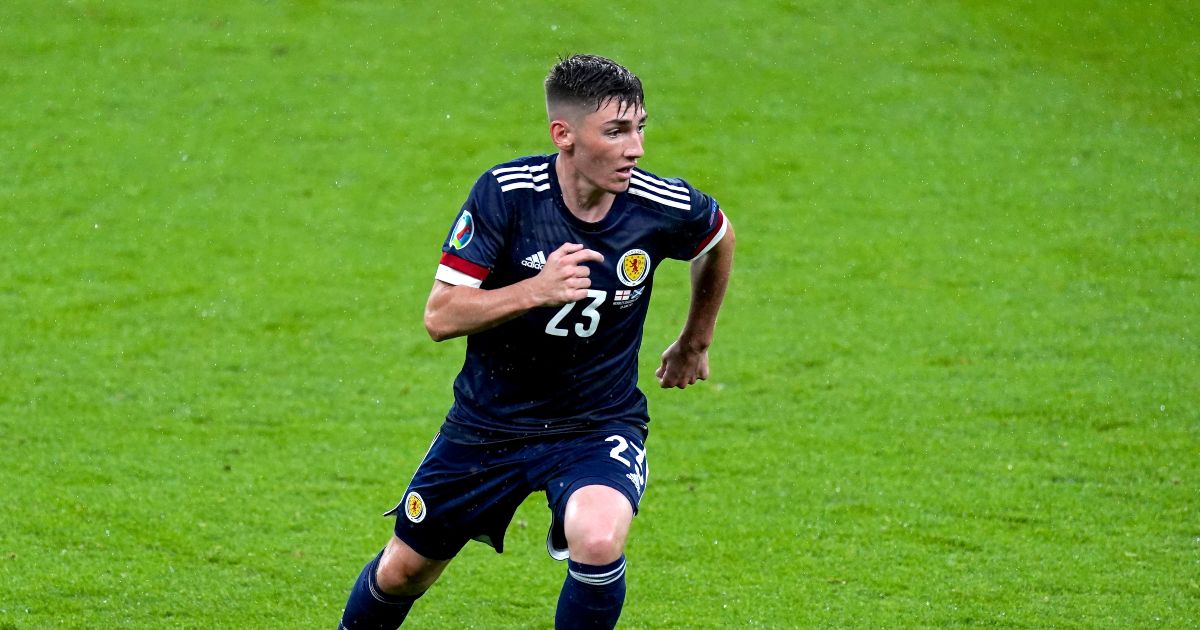 The 20-year-old impressed for Scotland in a goalless draw against England at Euro 2020 on June 18, before then having to self-isolate after returning a positive Covid-19 test.

Following his performance at Wembley it was reported that several Premier League clubs were interested in signing Gilmour on a temporary basis.

Newly-promoted Norwich have won the race for his signature and Canaries boss Daniel Farke feels Gilmour is a “perfect fit” for his Canaries team.

“We are really happy to have brought Billy in,” said Farke, who saw midfielder Emiliano Buendia leave for Aston Villa for £33million last month.

“We must say a big thank you to Chelsea and all those involved for making this deal happen. I think it helped that in the past we have shown that young players with potential are in good hands here at Norwich City.

“We are delighted to bring Billy in because we’ve lost some players in that area. We’re looking to improve our options, particularly in the centre of the park, and for that we’re happy to bring Billy in.

“We got the feeling that he can help us a lot with his ability to link the play, his technical qualities and also his work against the ball. From the football point of view, but also from his character he is the perfect fit for us.

“He will help us to achieve our targets. We still have to keep in mind that he is an unbelievably young guy and that he hasn’t played regularly on this level. We have to give him some time and space to improve and find his rhythm.”

The former Rangers youth player was an unused substitute in both the FA Cup and Champions League finals as Thomas Tuchel’s side lost the domestic showpiece to Leicester but beat Manchester City to become champions of Europe.

Gilmour is relishing the prospect of his spell at Carrow Road, and said: “I’m very excited to be here. I can’t wait for the season ahead. I’ve been looking forward to coming here, playing as much as possible and helping Norwich City compete in the Premier League.

“I spoke to the head coach. He called me and we had a nice talk about how he wants to play and how he sees me fitting in. Everything he said was what I want to do on the pitch, get the ball down and play nice football. He spoke really highly of his team and I wanted to come join here and help.”