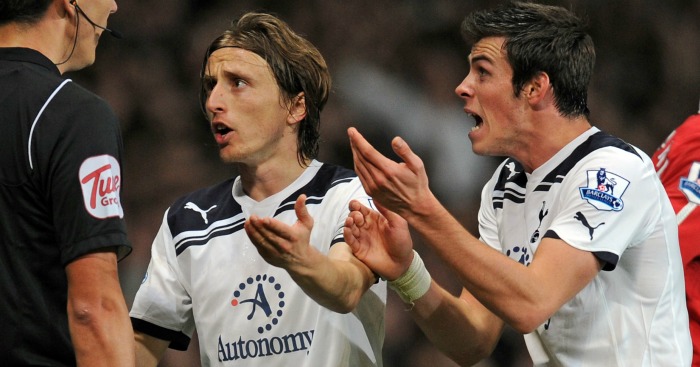 David Ginola believes that Tottenham are two signings away from becoming “the best team in Europe”.

Spurs are third in the Premier League after seven games and have won both their first games in their Champions League group.

They face a double header with Real Madrid next in Europe, and former winger Ginola believes they should look to the Bernabeu for the final pieces of their puzzle.

“Why not think about building a team that in the next five, ten years will be the best in Europe?” he asked on talkSPORT.

“Bring Bale back to Tottenham and keep Harry Kane and bring in a new era for Spurs. I am talking about five, ten years coming, they will be brilliant.

“Modric [as well] would be fantastic. Modric in the middle of the park, Bale on the left hand side, Kane up front, Dele Alli as the number ten – that could be interesting.

Sign two of the best players in the world. Now there’s an idea.