Rafael Benitez is apparently a bit p*ssed off at Newcastle. David Ginola can understand why. 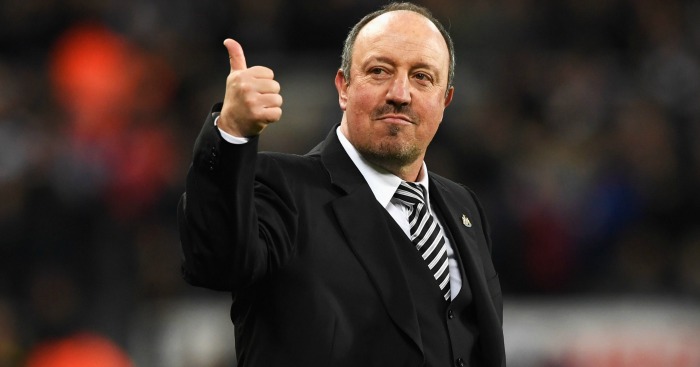 Benitez surprised many when he chose to stay with Newcastle after their relegation from the Premier League in summer 2016.

The Spaniard steered the Magpies to the Championship title at the first time of asking, and expected to be suitably backed in the transfer window ahead of their top-flight return.

But Newcastle have yet to make a single signing this summer, and Benitez has been left frustrated by the club’s inability to bring in Chelsea striker Tammy Abraham, Eibar centre-half Florian Lejeune or free-agent goalkeeper Willy Caballero.

Benitez will stay at St James’ Park for now, but is believed to have considered his position on at least two occasions since earning promotion.

“You need to provide a manager like Rafa Benitez with all the amenities to help him be successful in the Premier League,” he told talkSPORT.

“Just give him the possibility and the chance [to be successful]. The fans are so happy to be back in the Premier League and they need to see the club a little bit more involved [in the market].

“You can’t just stand there and watch around. Players will go around and sign for clubs and all of a sudden it is too late.”