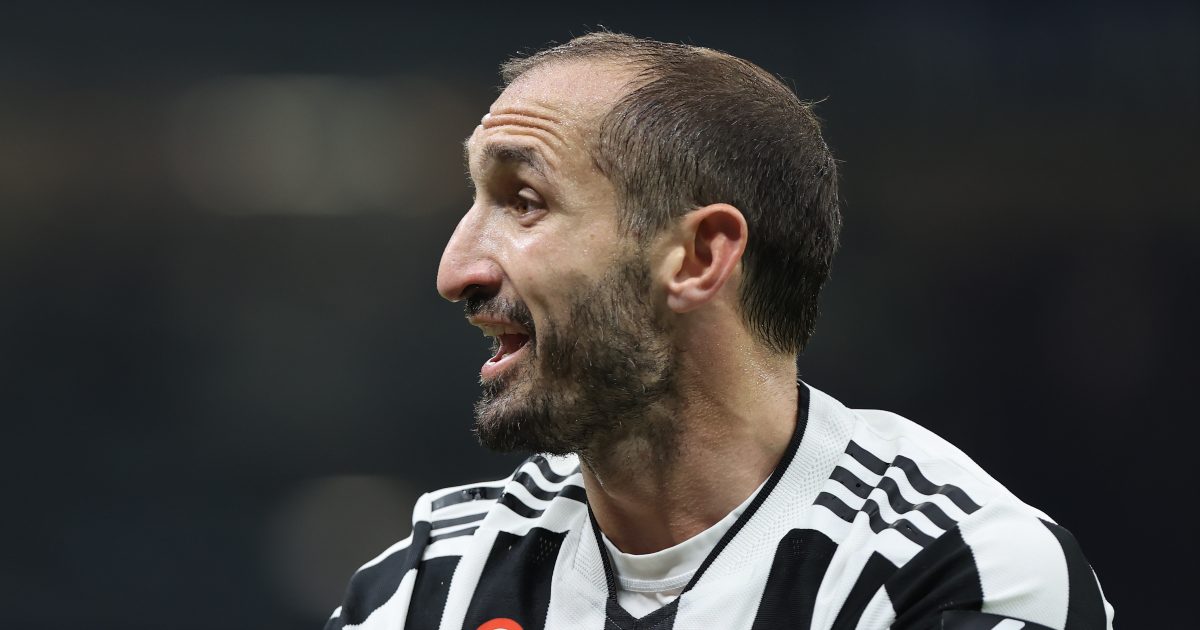 Juventus star Giorgio Chiellini is hopeful that his “really great” teammate Matthijs de Ligt can stay at the club “for a few more years”.

De Ligt broke into Ajax’s first team during the 2016/17 season. He shone for them for three seasons up until the end of the 2018/19 campaign.

The 22-year-old helped the Dutch outfit reach the semi-finals of the Champions League in 2019.

De Ligt joined Juventus that summer as they paid a fee of around €75m (£63.3m) to sign him from Ajax.

The Dutchman has been an ever-present for Juventus since this move. He has played 84 times as he has helped them win the Serie A title and the Coppa Italia.

Last month, it was reported that Chelsea were interested in signing De Ligt for a fee of £103m.

As reported by Football Italia, Chiellini suggested that he “adores” De Ligt as the “real difference” in him is his mentality:

“He looks like Thor and I hope he can be the successor to the BBC defence,” Chiellini said in reference to his partnership with Leonardo Bonucci and Andrea Barzagli.

“If he had been Italian, it would’ve been easier to keep hold of him for many years. I hope Mino [Raiola] can do us a favour and leave him in Turin for a few more years.

“He has gigantic muscles and legs. But the real difference is made in his mentality. De Ligt is 22 years old, but has the mind of a 30-year-old who still wants to improve himself every day.

“I adore him, having seen De Ligt both as an opponent and then a teammate. He’s really great.”

Elsewhere, Chelsea ‘keeper Kepa Arrizabalaga has insisted that he will be “ready” to replace Edouard Mendy when his teammate is at the African Cup of Nations:

“Well, it’s two months away. Of course we know it can happen and I will be ready but we have a lot of games until we start thinking about that,” he said.

“Let’s go step by step and we’ll see what happens. If he goes to the African Cup, all the best and I’ll be ready. But it’s still a long way to arrive at that point.”