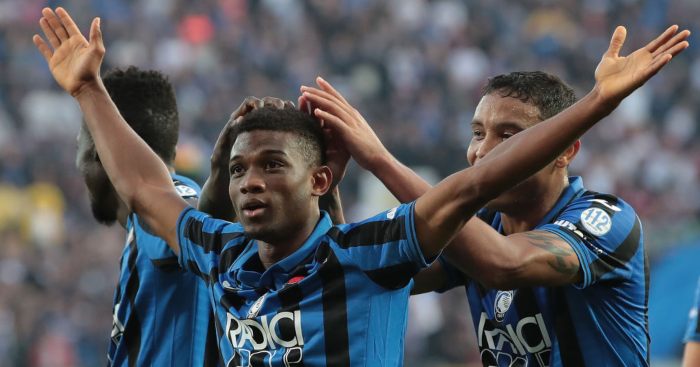 Former Italy goalkeeper Giovanni Galli has claimed that the huge fee that Man Utd have paid to bring Amad Diallo to the Premier League will benefit the Old Trafford club.

The 18-year-old Ivorian is set to join the Premier League club in January subject to a medical, personal terms and a work permit.

FEATURE: One per Premier League club: The ones that got away

And former Lucchese sporting director Galli remembers the first time he saw Diallo and his brother Hamed play in 2014.

Speaking to Football Italia, Galli said: ‘Their quality was incredible. They trained with the guys born in 1999.

“Amad was tremendous. Great technical skills, outstanding personality. The way they touched the ball was different, they did nutmegs and all that. They were on another level.’

He added: “I knew they [Man Utd] had been scouting him for over a year.

“I know a scout of Manchester United very well as we usually meet at games. He used to tell me that the club sent him several times to watch the player.”

With a decision on his work permit yet to be made, Galli thinks that the big fee will give the Red Devils a very good chance of being successful.

Galli continued: “[The transfer fee] is high, but there is a reason behind it. [Diallo] still needs to get a work permit since he has not played with his national team yet.

“The club need to have valid reasons to take him to the UK. One reason is that the player is coming from a top team and with Atalanta [having] been playing international competitions over the last few years, there are no problems to prove it.

“The second reason is the price tag. A €40m signing means he is an important investment for the club.

“If the cost would be €1m or €2m it may have been more difficult to get the work permit. That being said, €40m is still a lot of money.”