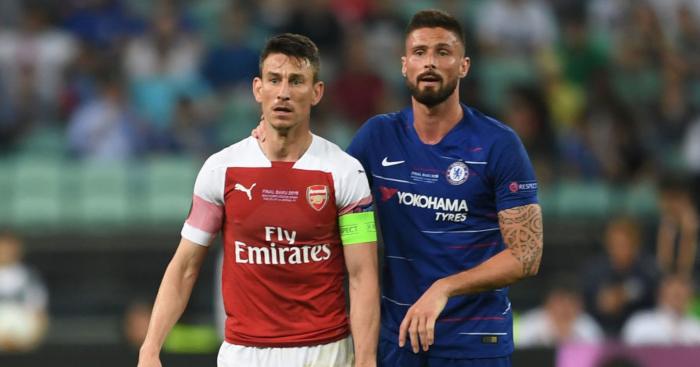 Laurent Koscielny is “very hurt” over how the media have portrayed him during his fall-out with Arsenal, according to Olivier Giroud.

The 33-year-old was due to fly out to the USA with the rest of the squad last Thursday but the club announced that the defender would not be travelling.

It is understood Koscielny, whose contract runs until next year, made it clear to the club that he wished to be released this summer in order to sign for another club.

But Arsenal stood firm and refused to grant the former France international a free transfer.

Giroud, though, insists that Koscielny is “very hurt” by what has happened and the “bad image” he has been given by the media.

“Lolo is a good friend of mine,” said Giroud in an exclusive interview with the BBC. “I’ve known him now for 10, 11 years. We played together in the second division [in France, at Tours].

“He’s been playing for Arsenal for nine years; he’s been the skipper for so many years – very respectful, very professional, always the best example for the young players.

“The club gave him the opportunity to play at Arsenal, and it was a big, big opportunity for him to show his quality in the Premier League. I think he has always been grateful about that and respectful to the club. I don’t understand how we have got to this situation.

“I feel very sad for him because he’s a great person and the media wants to give a bad image of him.

“I’m not at the club, I don’t know what really happened – but one thing for sure is Lolo is very hurt by what’s happening and he’s an emotional person.”