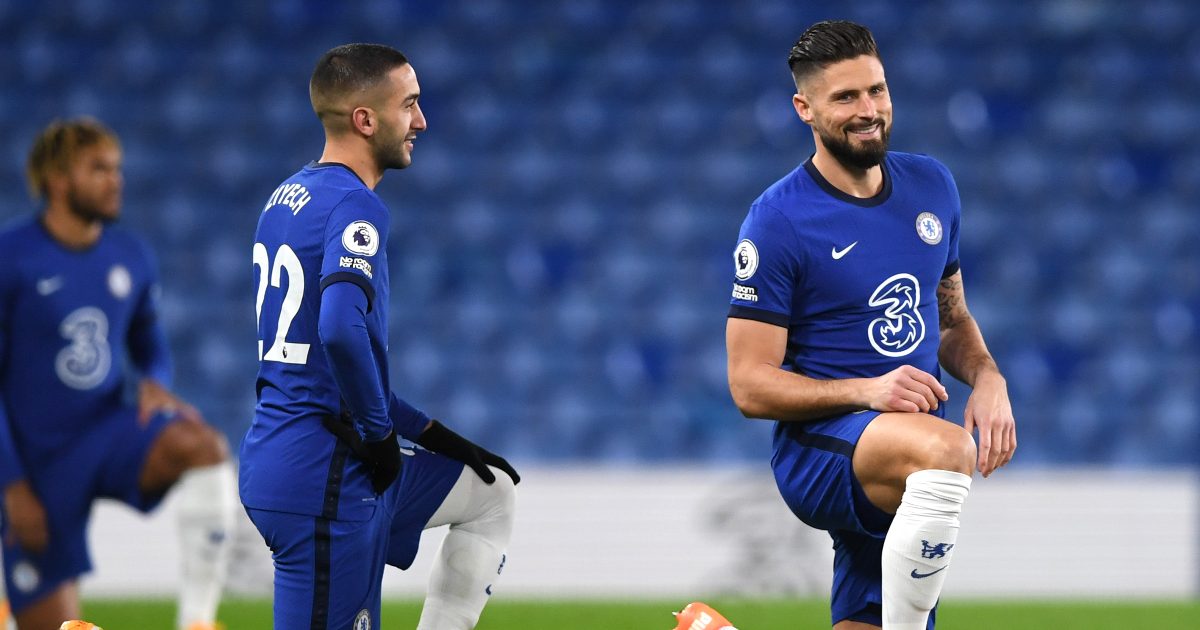 Olivier Giroud has suggested that it “would be nice” to play with Chelsea’s Hakim Ziyech again amid his links to AC Milan.

Giroud’s four-year spell at Chelsea came to end this summer. After playing 119 times for them, he joined AC Milan on a two-year deal.

Ziyech is also being linked with an exit. He joined Chelsea ahead of the 2020/21 campaign for around £34m from Ajax.

Lukaku return? No Haaland, no party for Chelsea

The 28-year-old only started 15 times in the Premier League last season as he suffered a couple of injuries during the campaign.

AC Milan are said to be “plotting” a loan move for the Chelsea man.

Giroud was asked about his former teammate in an interview on Monday (as cited by The Metro). He is enthused to play with Ziyech again:

“We have had a great connection even though we have played few games together.

“He has a top left foot, has experience and he is very good technically. It would be nice to play with him again.”

Another player who could end up leaving Chelsea this summer is Tammy Abraham. He has fallen down the pecking order at Stamford Bridge.

The forward was only able to start 12 games in the Premier League last season. He is rated at around £40m by the Blues.

Their London rivals Arsenal are believed to be interested in him. Nigel Winterburn has claimed that he would “fit the ball” at the Emirates:

“He certainly would fit the bill of recent Arsenal signings, young with a point to prove.