Home All The News Giroud: Hazard one of three best I’ve ever played with 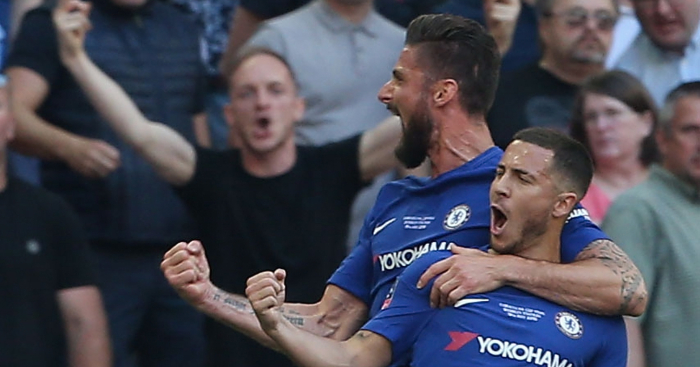 Olivier Giroud believes that Eden Hazard is “one of the three best players I have ever played with”.

Giroud will line up against Hazard as France take on Belgium in the World Cup semi-final on Tuesday.

The 31-year-old is eager to show his French compatriot that “he’s chosen the wrong camp”.

“It is true that it will be weird to see him lining up against us for the game, it will also be a special game for him. Personally, I just care about winning.”

Two of the key players in the semi-final will be Real Madrid targets Eden Hazard and Kylian Mbappe.

“They are both geniuses,” Giroud added of his club and international teammates. “Kylian Mbappe is still a raw diamond to polish. He is still very young and can progress hugely. He is more dangerous with his speed I would say.

“He is able to do some moves deep inside without the ball. Kylian is more of a striker than Eden.

“But to stand alongside Eden every day at Chelsea, he is impressive when he is driving with the ball, in his capacity to cut through with the ball.

“For me, he is one of the three best players I have ever played with in my whole career.”