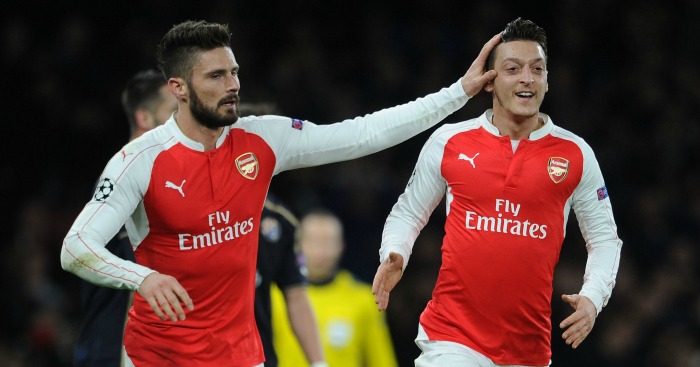 Olivier Giroud admits Mesut Ozil once made him “so jealous” at Arsenal.

The striker featured in each of Les Bleus’ games in Russia, and now has the perfect reply to former teammate and fellow world champion Ozil.

“I evolved with Germans at Arsenal and I was so jealous of them,” he told BFM TV.

The striker then addressed his lack of goals – or even shots – during this summer’s tournament.

“As an attacker, my job is to put it in the back of the net.

“It is true that against Belgium, I was unrealistic, but I worked a lot for the team. Just trying to make an impact.

“I scored a lot before the World Cup, I do not want to stop there, the most important thing is to be decisive, I have been in several matches.”