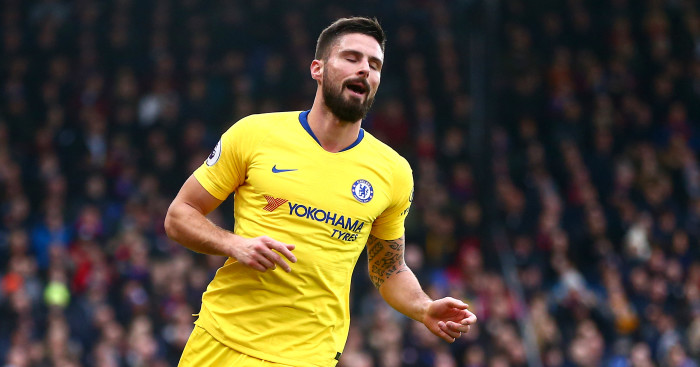 France manager Didier Deschamps has told Olivier Giroud to leave Chelsea if he wants a place at Euro 2020.

Giroud was a member of the World Cup winning squad of 2018, but his place at the next major international tournament is in doubt due to his lack of gametime at Stamford Bridge.

Frank Lampard has said he would be happy for Giroud to stay at the club, but with just half a season left to impress Deschamps, the 33-year-old may have to look elsewhere to keep his international hopes alive.

“Giroud, like others, may have to move,” said the France boss.

“His situation at Chelsea hasn’t changed in two months.

“It would be better for him, of course, to go to a club where he would get more playing time. If he can’t get it at Chelsea, the idea is to get it elsewhere.

“It’s his decision. I don’t know what offers he has, where it might be possible for him to get more playing time.

“We saw each other not so long ago. As with every player, he’s the one who decides.

“But keep in mind that it’s the daily life of players with their clubs that leads to France selection. He knows it. It’s up to him to decide the best solution for himself.”

Giroud has just six months left on his contract with Chelsea, and has been linked with Inter Milan.