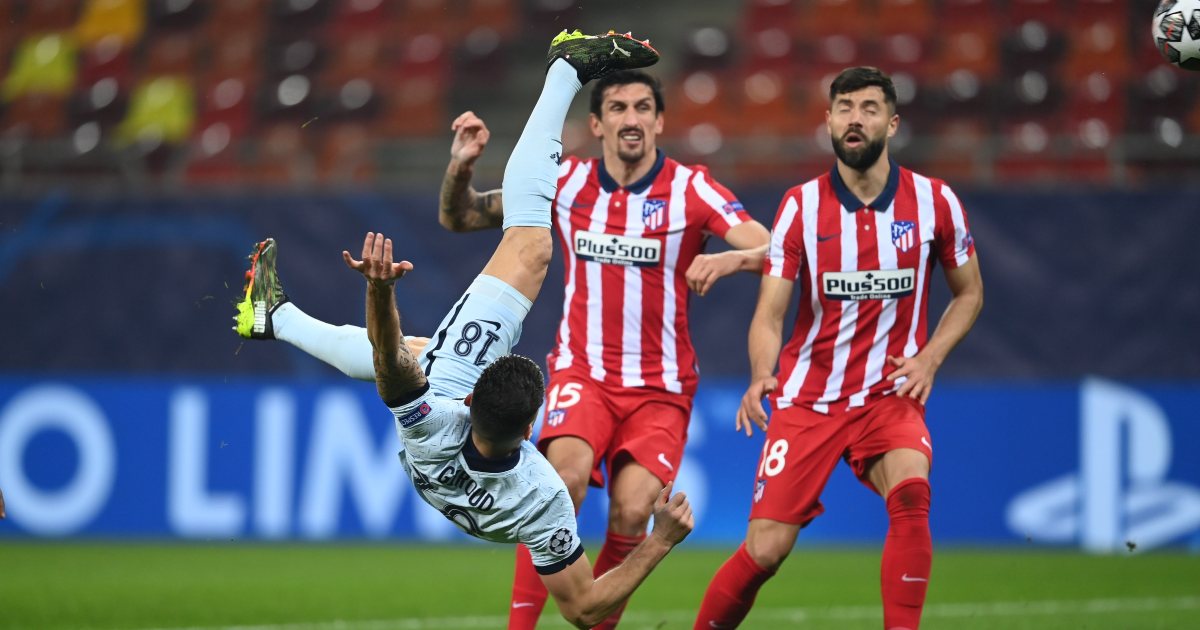 It can never be proved, but Frank Lampard would not win this game 1-0. And not just because the only game Chelsea had won 1-0 under Lampard this season was an away fixture at Fulham that raised more doubts than hopes. It can also never be proved, but Tammy Abraham would not score that goal to make it 1-0. That view is probably slightly less contentious.

But then who else would score that goal? Before you read on (or don’t) just watch it and then watch it again. And in one second – turned into minutes by VAR – there was total justification for the team selection of Thomas Tuchel, who has barely put a foot wrong as Chelsea manager, despite the efforts of some sections of the media to vilify the man who shot Bambi for then catching another Englishman with a stray bullet.

VAR initially ruled the goal out but it stands as Mario Hermoso was deemed to have deflected the ball onto the Frenchman 🙌 pic.twitter.com/CAweQ8SzAR

They muttered pre-game in the BT studio about Chelsea’s team lacking pace, seemingly oblivious – despite several years of evidence to the contrary – to the fact that pace is the last thing you need against Atletico’s back six. What you need is invention and precision, fast becoming Tuchel’s favourite English word as he bemoans time and time again that this very expensive Chelsea side is lacking the very thing that is required when teams play the kind of low block that has become popular against this very expensive Chelsea side.

Precision was still lacking against Atletico. Just cut and paste here any or all of Tuchel’s previous comments on the subject – “we lack precision in the last pass, “we lack precision with the last touch and the finishing”,  “we lacked a little bit of precision in the box” and “at this moment, it is a lack of precision, it’s not a lack of opportunities or lack of touches in the box” – because they all applied in this game, where too often Mason Mount and Callum Hudson-Odoi combined, or Timo Werner moved unseen into space, only to see final balls and decisions falling short of the standard required at this level. Chelsea have to get cuter and cleverer if this promising start can become something more tangible.

But they only needed one moment of invention and precision against Atletico and Giroud was always the likeliest source of that invention and precision. One of the great bargains of the last Premier League decade, that sumptuous goal alone is almost worth £18m. As Tuchel said before the game: “It’s clear, Oli is the guy for the last 20 metres, for sure.” Chelsea did not need a runner like Abraham but an intelligent mover and finisher like Giroud, who only needed one stray ball to produce one moment of pure magic.

But that goal would mean nothing without the diligence and discipline of Chelsea across the pitch. Barring a few nervy opening minutes, they limited Atletico to almost no threat at all. Having the bulk of possession did not mean committing ridiculous numbers forward and leaving themselves open to the counter-attack; it meant control. It never felt like anyone but Chelsea could change this score-line. It was only a question of whether they could score to shift it from 0-0. When they did, that 1-0 somehow never felt fragile. It’s hard to imagine that happening with Lampard’s Chelsea, who sometimes thrived but too often fell on the chaos now absent from this iteration.

There may not be enough precision as yet but there is structure where there was none just a month ago. Frank Lampard would not win this game 1-0.