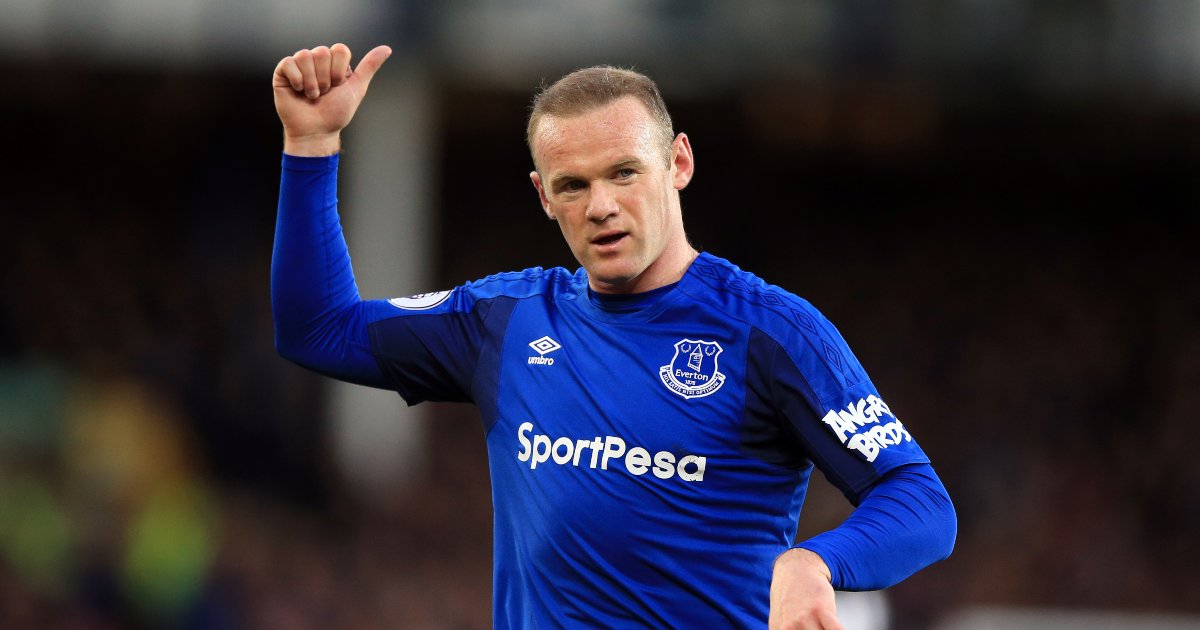 If Wayne Rooney says no, maybe Everton could opt for Paul McCartney or Leon Osman instead. It makes almost as much sense.

Just when you think that you are going to have to spend yet another Mediawatch pointing out that Manchester United have largely stopped losing football matches so their situation really does not merit the use of the word ‘disaster’ (or any war-related metaphors) and that Arsenal should be able to loan out their fifth-choice centre-half without creating back-page news, you see that one of the football media’s highest-paid columnists has had an absolutely batshit opinion.

Yes, Martin Samuel of the Daily Mail thinks that Everton should blithely give Wayne Rooney the manager’s job and allow him to lead them for the next two-and-a-half years even if it is a rank disaster and the Toffees end up in the Championship for the first time in their history.

Why? Well, the short answer is that he loves Everton (even though he f***ed them off at the very first opportunity as a player). The long answer is, well, let’s take a look…

He starts of course with a denigration of Roberto Martinez, who ‘couldn’t land a trophy for Belgium with Kevin De Bruyne and Eden Hazard in the team at their peak’, which is frankly embarrassing because he has had two whole opportunities to win a major tournament as Belgium manager, so he must have been utterly useless not to have won at least one.

Yes, much better to appoint a man with 61 Championship games as manager. It’s a no-brainer really.

We’re not even past the first paragraph and already Samuel has been pretty extraordinary. The second paragraph does not disappoint as it brings us the claim that ‘the club sold arguably their best player, Lucas Digne, to Aston Villa after he fell out with a manager they sacked days later’; the word ‘arguably’ is doing some heavy lifting in that sentence. Richarlison and Dominic Calvert-Lewin want a word.

Samuel then goes through a whistle-stop tour of why managerial returns never work, via Howard Kendall, Quique Sanchez Flores and Jose Mourinho but not, curiously, Marcello Lippi, Harry Redknapp or Tony Pulis. And then very quickly ends up here:

‘So give it to Wayne Rooney. Give it to a young coach who gets Everton and Evertonians, who would see reviving the love of his football life as the most important job in the world.’

Quite why there are no other alternatives to giving it to Martinez is unclear, particularly as Samuel’s own newspaper is claiming that Duncan Ferguson is likely to take the job in the short term; his name is not even mentioned in this lengthy column about Rooney and Everton.

And he might well ‘get Evertonians’ – he has the same accent, at least – but do they get him? Sorry to burst the lovely DNA bubble here but he really isn’t that popular there. And he’s played fewer Premier League games for the Toffees than Alessandro Pistone or Idrissa Gueye. Somehow we suspect that Samuel would not argue for either of those Everton legends to get the job.

‘Give it to him with the pledge he will take Everton into their new stadium in 2024. That buys time. That buys breathing space. Everton chew up and spit out managers of all persuasions, even those who come ready-made, like Sam Allardyce.’

This is every single shade of nonsense. Why would any Premier League club guarantee any manager a certain period of time regardless of results? This is not a school sports day where everybody gets a medal; this is top-flight football and a multi-million-pound business.

‘So Rooney’s youth shouldn’t be an obstacle. If anything, it counts in his favour. Rooney would have to be allowed to grow into his first Premier League job. Everton could go for a man like Graham Potter, at Brighton, and within six games he would be under pressure, if results do not improve.’

Why would Everton want to let Rooney ‘grow into his first Premier League job’? He’s not their child. Everton need a manager, not a project.

And seriously, in what world would Rooney be under no pressure if he lost his first six games as Everton manager? The further we get down this article, the more baffled we are. Rooney may well be an excellent manager and he has shown promise at Derby but that’s immaterial here; Samuel is arguing that he should be given the job and then keep the job regardless of whether he is an excellent manager or not. Just because he ‘gets Everton’. Have we learned absolutely nothing over the last three or four years of failed experiments with DNA managers?

‘And he’s Rooney. The next generation of players grew up watching him, probably pretended to be him as kids. He still has the same wow factor that aids the recruitment plans of Steven Gerrard.’

Sometimes there are no words. You want one of the biggest clubs in England to appoint a manager – and crucially, give him time regardless of results – because kids have grown up watching him? If that’s the case, appoint Thierry Henry. Or Ryan Giggs. Well, maybe not Ryan Giggs. Give it to Miley Cyrus until the end of the season.

‘It is no surprise that those who responded best to Frank Lampard at Chelsea were the youth, Mason Mount and Reece James, the ones who might have had his picture on the wall.’

‘And Everton have always had a strong age-group policy. What young Evertonian wouldn’t want to do his best for a club legend?’

He’s not a club legend, Martin. Leon Osman is a bigger Everton club legend than Rooney. Give it Osman until 2028.

‘Could they go down this season with Rooney in charge? Yes, but that is true of any manager, certainly of Martinez. There are weaknesses that are not going to be fixed in a matter of months. The new manager needs time.

‘There are two huge building jobs at Everton, and only one is taking place at Bramley-Moore Dock. The other needs to be undertaken by Benitez’s successor. A clean slate, a clean break. Start from the ground up. It should be Rooney.’

It should be Rooney? We’re not even sure it would be a good idea for Rooney, never mind Everton. And they should certainly have a better reason for appointing him than ‘he’s famous and he has a Scouse accent’.