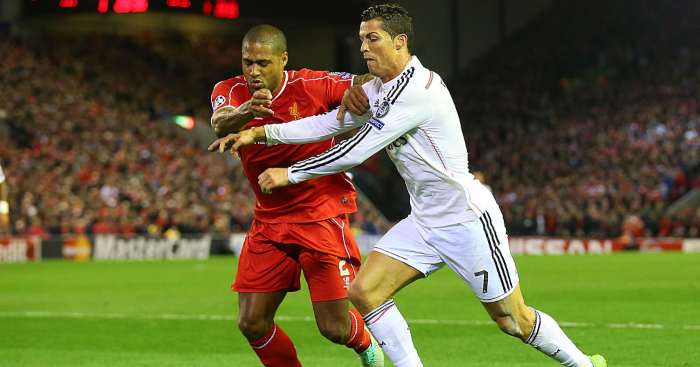 Former Liverpool defender Glen Johnson claims that Rafa Benitez was the “worst man-manager” he’s worked under, while he named Harry Redknapp as the best.

The ex-England international, who also played for the likes of West Ham, Chelsea and Portsmouth, represented Liverpool between 2009 and 2015.

Johnson played under the likes of Jose Mourinho at Chelsea, Redknapp at Portsmouth, Kenny Dalglish and Brendan Rodgers at Liverpool as well as Fabio Capello and Sven Goran Eriksson during his England days.

Despite calling Benitez out as the “worst man-manager” he’s worked with, Johnson has explained that it wasn’t always a bad thing.

Johnson told talkSPORT: “The best man-manager I played under was definitely Harry Redknapp.

“He was like one of the lads, I had him texting me his comments about horses when I’ve been at the racing – he’d liked to see the boys enjoy themselves.

“But the worst? Hmm… I’d probably say Benitez, but it’s a difficult one, because he was good and the worst at the same time.

“He never tries to be your friend, that’s what I mean by saying he’s probably the worst man-manager, but he does it in a clever way.

“It’s also why I loved him. He used to go to work, he knew how to deal with certain people but he didn’t do it in a friendly way with an arm around you.

“He would bring Torres off at the end of a game and everyone would be saying to Fernando, ‘well done for scoring a hat-trick’, and Benitez would walk past and say, ‘yeah but you should have scored four’.

“He’d just shut him down and say: ‘Don’t be pleased with three’

“He would get the best out of you by knowing what to say and when to say it, as opposed to having a joke with you.

“It’s not a negative about Benitez, I loved Benitez, he just does things in a different way.”