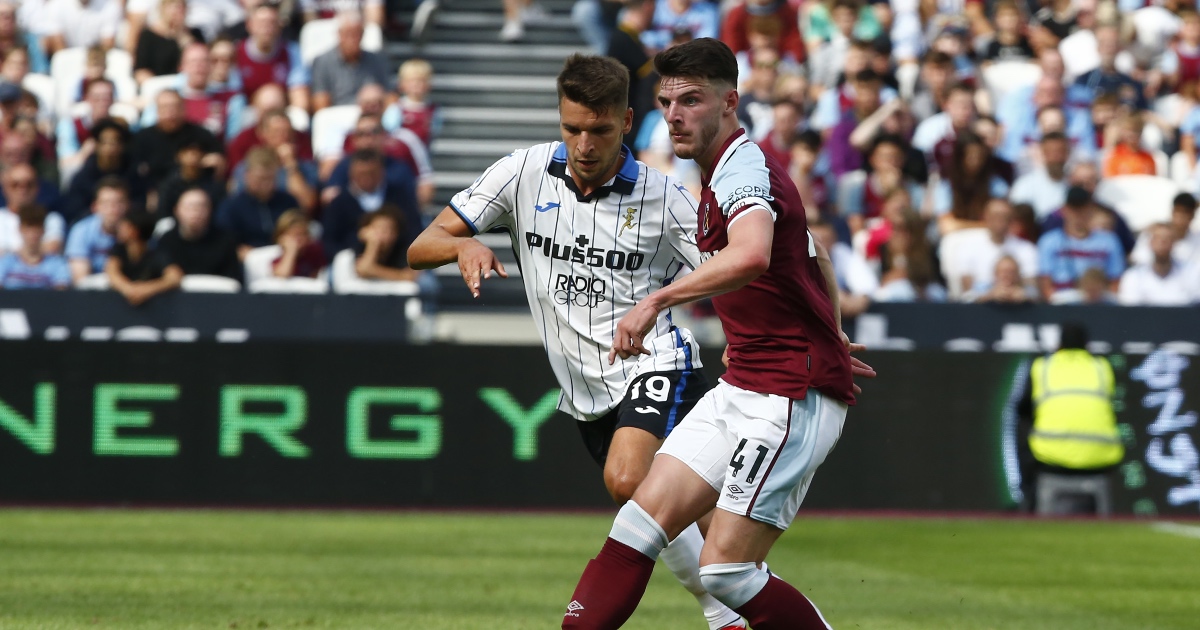 Former Chelsea defender Glen Johnson has urged the Blues to pursue a move for Declan Rice.

The 22-year-old West Ham star put in some great performances as England reached the final of Euro 2020.

He was part of Chelsea’s academy as a youngster but joined the Hammers in 2013 after being released.

Rice has since made 145 appearances for the club, while also captaining them to a Europa League spot last term.

He continues to be linked with a Chelsea move, however, and Johnson thinks Thomas Tuchel should partner him with N’Golo Kante.

Speaking about Rice to BettingOdds.com, Johnson said: “I think they can do with him because of the legs. He’s got a lot of energy, he charges around and he’s super passionate so I think he would suit the club.

“As long as he leaves the Hammers on good terms then they will still love him. I left West Ham on the right terms and my relationship with the Hammers fans is very good.

“I think he would suit this current Chelsea team. Imagine the legs of him and Kante! I’d like to see that for sure.”

Despite their reported interest in Rice, it would take a huge bid from Chelsea to prize him away from the London Stadium.

David Moyes has previously set his transfer value at ‘way more than £100million’.

When asked about the defensive midfielder in May, the Scotsman said: “We’ve just qualified for Europe, it’s a brilliant achievement.

“I don’t think (club owners) David Sullivan, David Gold or myself have got any intention of losing Declan.”

Tuchel doesn’t appear to be looking for a new midfielder as he continues to rely on Kante and Jorginho.

Mateo Kovacic and Mason Mount are also at his disposal.

One area of the pitch the German is looking to reinforce is attack, following Timo Werner’s poor season in front of goal.

The pacy 25-year-old could play on the wing next season as Chelsea edge closer to signing Romelu Lukaku.

On Saturday, reports emerged stating that Chelsea were ‘closing in’ on a £97.5m deal with Inter Milan.

The Belgian striker has already agreed personal terms with the London side and could soon be announced.