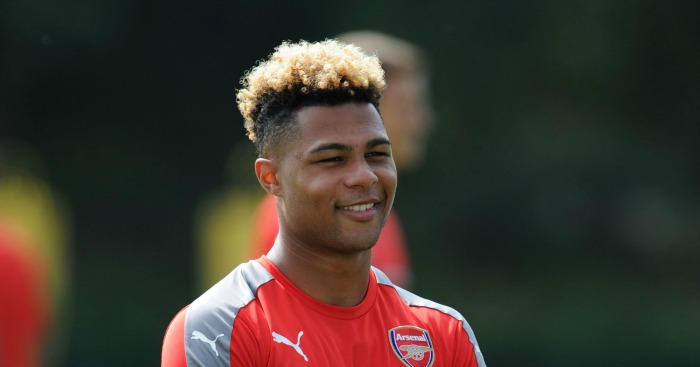 Serge Gnabry has credited his recent call-up to the German national team to his development at Arsenal.

Gnabry made his international debut last Friday, with the winger scoring a hat-trick for Joachim Low’s Germany in a rout of San Marino.

The 21-year-old was rewarded for an excellent start to life in the Bundesliga with Werder Bremen, for whom he has scored four goals in nine appearances.

He left Arsenal in the summer to join the side, having spent five years with the Gunners.

Gnabry made ten Premier League appearances under Arsene Wenger, but his time at the club came to an end after a disappointing loan spell with West Brom in the 2015/16 season.

But he has rekindled his career by returning to his homeland, although Gnabry will not forget the part Arsenal played in his development.

“I would not have been the player I am, not without my time in England,” he told RND.

“There is Arsenal’s playing style, for example, that I had to learn during my time there.

“And it is a given that you learn a lot and improve when you are training with great players like at Arsenal for three years. That was definitely the case with me.

“I would perhaps not have been with the national team now without my time in England.”