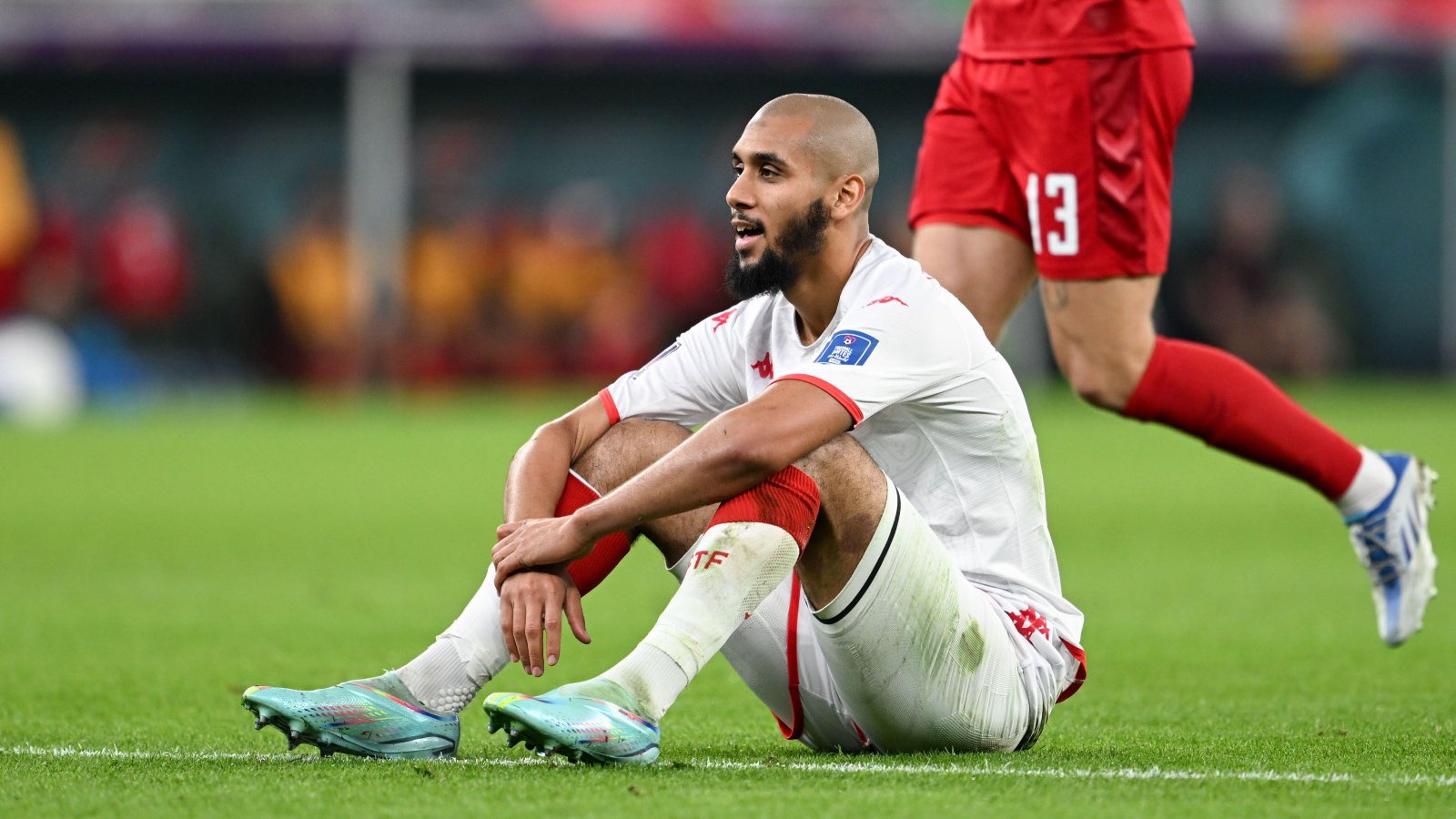 We had an inkling as to what sort of game this would be after just a few seconds. Christian Eriksen smiled wryly as Aissa Laidouni threw his arms in the air, beat his chest and roared at the Tunisian fans after his slide tackle had robbed The Most Loved Man In Football of possession. Tunisia weren’t going to allow these pacific Scandinavian nice guys to play their pretty football.

The North Africans weren’t dirty, but tough to a man; seemingly intent on ensuring each and every Danish player would have mental scars at the very least after a bruising 90 minutes. Kasper Hjulmand presumably told his side that this wouldn’t be an easy game, but with so few of the Tunisian players eminently recognisable, in European circles at least, the Danish players wouldn’t have expected it to be quite so tough. We certainly didn’t.

But as illustrated by the Saudis, and Salem Al Dawsari in particular, in stunning fashion earlier in the day, not knowing a player doesn’t make them unworthy. Tunisia joined Saudi Arabia in reminding us all that this is a World Cup, not the European Championships plus Brazil and Argentina.

Tunisia appear to have a production line of powerful men with good feet. Haircuts and beards aside, and even many of those were similar, it was quite difficult to tell the players apart, such was the way in which they all passed the ball, dribbled, and fought to win possession.

The best of all of them was Laidouni, the Ferencvarosi central midfielder, who appeared buoyed by his own early guttural roar and spent the rest of the game doing a very admirable Paul Pogba impression, as he sprayed passes, beat opponents with neat touches, and could have won the game were it not for his one obvious limiting factor. Through on goal from halfway, he was unable to speed away from the Denmark defenders, who got back to deny him.

Issam Jebali had the best chance for Tunisia, but his delightful dinked attempt when through one-on-one produced the save of the tournament so far, as Kasper Schmeichel swatted the ball away from above his head mid-starfish.

It was Denmark pushing in the second half in the main as Eriksen dropped deeper to get on the ball. But open play attempts were hard to come by with Tunisia very effectively locking down the central area and comfortably dealing with crosses from wide areas.

And yet, despite Tunisia’s grit and quality, and Denmark’s lack of ideas, the European side had to win this game. Andreas Cornelius had to win it for Denmark. The striker opted to stoop with his head to push the ball over the line from less than a yard, but should have tapped it in with his instep, and could have used a Blow Football straw had he had one at hand. Perhaps the close proximity of the post put him off but there really is no excuse.

Tunisia thoroughly deserved the point but were at real risk of being denied in sickening fashion in the 93rd minute as the referee was called to the monitor. It looked like it might be one of those handballs that is technically a handball but actually definitely isn’t, and would have been a crushing blow for Tunisia. But the referee told VAR where to go and you’ve got to love him for it. Lesser officials would have bowed to what was immense pressure at that point.

Goals are great but have you ever seen Tunisia draw 0-0 with Denmark? Loved it.