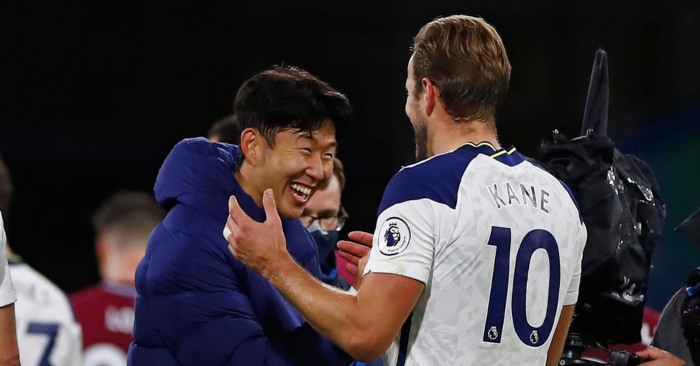 It’s the top 10 goalscoring duos this season from Europe’s top five leagues. You know why. When duos are level on goals scored, we’ve separated them on assist countback. Again, you know why. Off we go, then.

Edging out a Romelu Lukaku-led Inter and surprise La Liga leaders Real Sociedad duo Mikel Oyarzabal and Portu on assists countback come Lens duo Ignatius Ganago and – hello, who’s this? – Gael Kakuta. Fittingly, the man who spent pretty much his whole Chelsea career out on loan is still at it with Lens having borrowed him from Amiens. Suddenly, a man who has never scored more than six goals in a league campaign has, at the age of 29, plundered four in his first seven at his new club. Funny old game.

Zlatan’s still got it at 39, the mad old badger. His six goals have come in just three games as well after coronavirus foolishly infected the veteran Swede.

I tested negative to Covid yesterday and positive today. No symptoms what so ever. Covid had the courage to challenge me. Bad idea

Two Ibrahimovic goals apiece against Bologna, Roma and – most memorably – Inter have propelled Milan to the top of the embryonic Serie A table.

Hat-trick Bamford is as good as Zlatan Ibrahimovic FACT. Better if anything because he’s got a couple of assists as well. All Leeds, aren’t we?

Caputo top-scored for Sassuolo last year with 21 and is up and running once again with five goals in five games for Serie A’s current leading scorers, who are having a very on-brand 2020/21 season having already enjoyed a couple of 4-1 wins, a 4-3 win and a 3-3 draw in a game they were losing 3-1 with seven minutes remaining. Caputo got the equaliser.

Carry on like this and Mbappe might even be good enough to get a game for Liverpool if he’s lucky.

Even when engulfed by CRISIS, Liverpool still get goals, and Salah and Mane still get most of them.

James’ assists mean Everton take the Stanley Park bragging rights in this table as well as the league one, for now at least. Calvert-Lewin’s ridiculous start to the season has earned England honours and powered Everton to the top of the Premier League table. James has been pretty handy too as he looks, successfully on current evidence, to rebuild his career and reputation.

Obviously. Lewandowski has three assists to go with his 10 goals which means he’d be joint third on this list all by himself, the big freak. Stand-up comedian Muller’s contribution lifts Lewandowski to second but can’t quite snaffle the top spot.

There they are. Europe’s most prolific goalscoring duo, and all those much-discussed assists are enough to take them above even Bayern’s terrific twosome. Kane, like Lewandowski, has been directly involved in 13 league goals already this season. The Englishman’s eight assists are more than anyone else has managed in any European top flight, even those that are more than twice as far into their season. Son has been the primary beneficiary of a creative side that was always there in Kane but has been fully unleashed this season. Son’s four-goal haul at Southampton, with every goal assisted by Kane, is such a piece of statistical freakery that it manages to overshadow even the fact they both scored twice in a plain nutty 6-1 win at Manchester United.