Home All The News ‘Godfather’ Conte will be Chelsea success – Bonucci 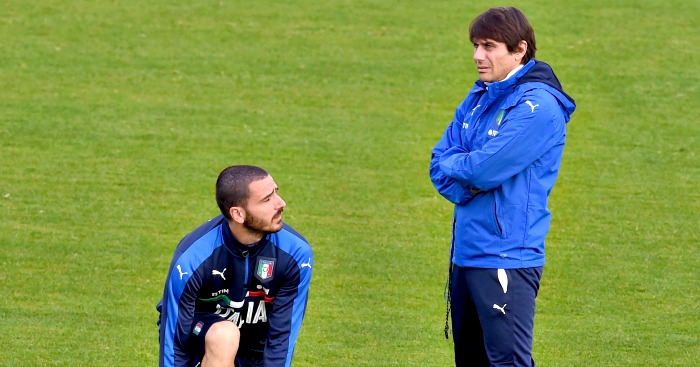 Antonio Conte “is one of the best bosses in the game” and will bring success to Chelsea, according to Leonardo Bonucci.

Conte was named as Chelsea’s new permanent manager in April, with the 46-year-old first leading Italy in the European Championship.

The former midfielder impressed at the helm of the Azzurri, who exited the competition at the quarter-final stage after a penalty shootout defeat to world champions Germany.

Conte confirmed himself as on par with Jose Mourinho and Pep Guardiola heading into a Premier League season littered with world-class managers, and defender Bonucci has hailed his former leader.

“The players in the Italy team nicknamed him The Godfather,” Bonucci said. “That means when he talks, you listen. You do what he says and you don’t argue.

“Players want to listen though.”

On Italy’s unlikely route to the final eight, the 29-year-old added: “Nobody gave Italy much of a chance in France, and in the end we only got beaten on penalties by the world champions.

“Conte will be a big success in England, Chelsea are already a very good team, and he will have them challenging both in England and in Europe.

“He likes leaders, he likes big personalities, but he will not stand for players who think they are bigger than him.

“He is the boss, and if you listen to him and show him respect, you will see he is one of the best bosses in the game.”