Home All The News Godfrey eager to ‘learn’ at Everton 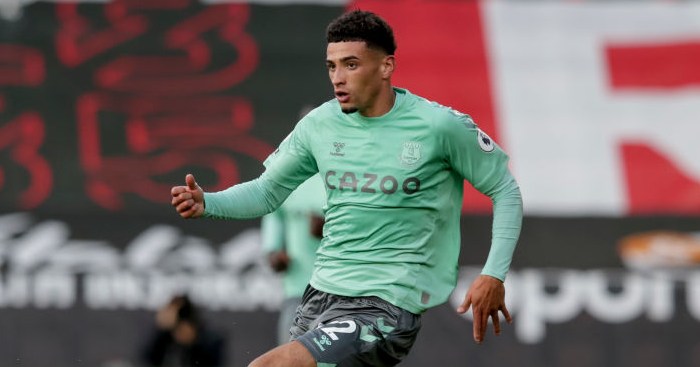 New Everton signing Ben Godfrey has insisted that he is hungry to improve in his new position at right-back.

Godfrey came through the ranks at York City, before he joined Norwich City in January 2016. He made a couple of first-team appearances before the end of the season, but he shone while on loan with Shrewsbury Town in 2016/17.

He spent the entire season on loan with the League One side. Godfrey was one of their shining lights as they fell just short of promotion through the play-offs.

The centre-back returned to Norwich in the summer and went straight into their first-team after his successful spell away. He made 31 league appearances for Daniel Farke’s side that earned promotion to the Premier League.

Last season was tough for Norwich, as they were relegated straight back down to the Championship. But Godfrey was one of their best players last term, which led to his move to Everton.

The Toffees signed the youngster for £20m, and he made his debut during the Merseyside derby. He started on the bench, but he was forced to come on early in place of the injured Seamus Coleman.

Godfrey played well when he came on, and with Jonjoe Kenny also unavailable, he started at right-back for Everton against Southampton.

Everton’s unbeaten start to the season came to an end against the Saints, but they remain top on goal difference.

In an interview on Everton’s official website, Godfrey said he will work hard to get as good as he can at right-back:

“I use every single occasion I can to learn. I’ll always give 100 per cent for the team.

“Right-back’s obviously a different position for me, but I’m enjoying my football. It’s just a shame I couldn’t top off my first start for Everton with a win.

“We’ve got to move on swiftly and take our good start to the season into the next fixtures.”