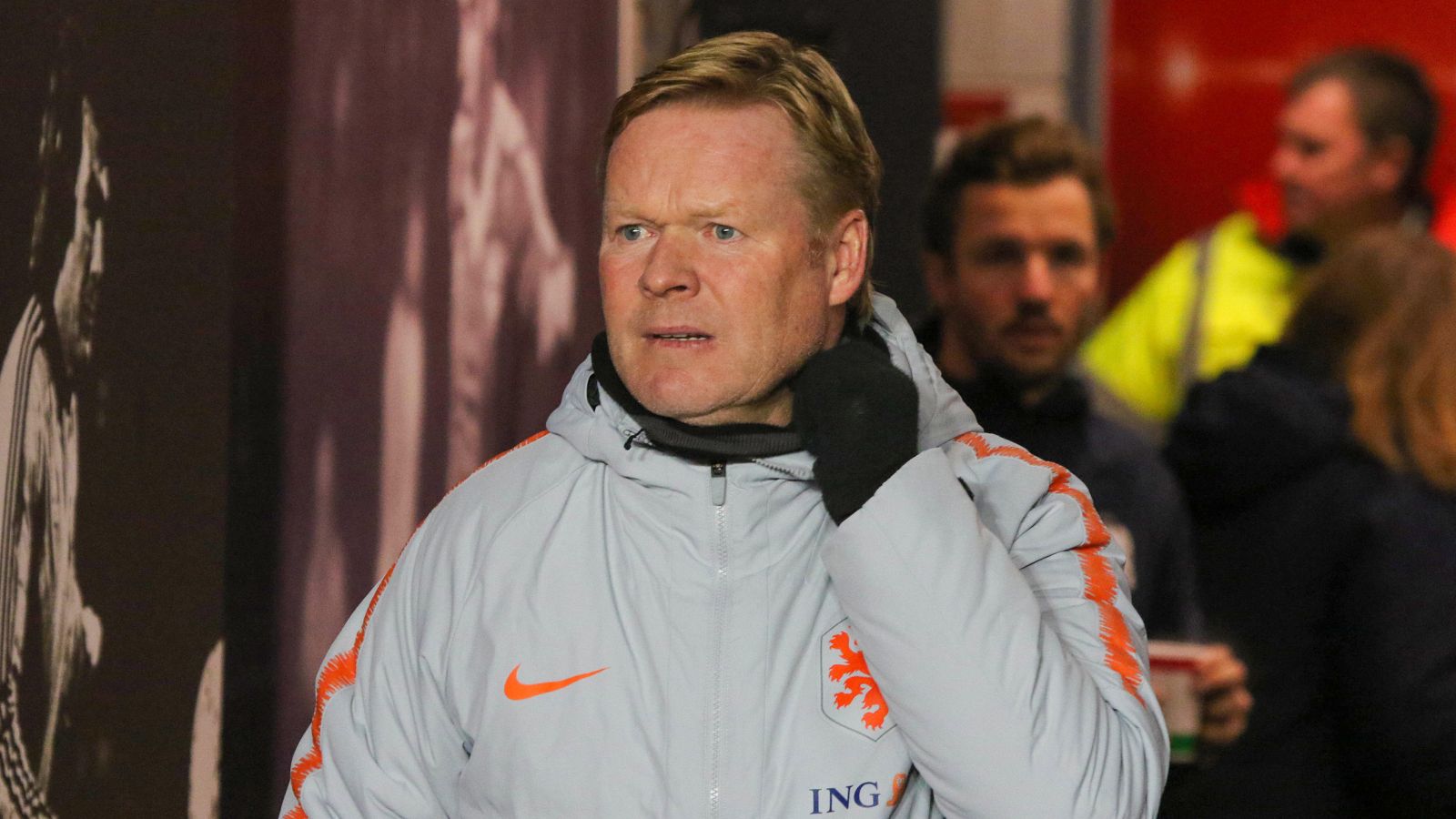 Nobody, not even Ronald Koeman, can be happy with the circumstances of his return to the Dutch national team. It was confirmed last week that the former Everton and Barcelona boss will take the reins after the World Cup, just days after Louis van Gaal – himself currently in his third spell – announced his treatment for prostate cancer.

The pair’s relationship has long been underpinned by animosity, but Van Gaal gave his blessing and Koeman will get back to work in 2023. Aside from the circumstances, the Dutch FA’s decision has been met with something of a lukewarm reception; there are questions over Koeman’s worthiness for the role after his rather pitiful end to life at Barcelona, the job he initially left the Netherlands for in the summer of 2020.

While it wasn’t all his fault – any coach in world football would have struggled to make a positive impact against the wave of difficulty the club were facing financially, which ultimately culminated in the departure of Lionel Messi – his time in the job he always coveted crystallised the existing themes of Koeman’s coaching career. It was fraught with arguments, finger-pointing and the myth of a style descending into a complete lack of identity.

He’d become known as a journeyman for a reason, barely making a mark with countless other chances in top jobs he’d had at Benfica, Valencia and even Everton, where he was given a huge amount of money to challenge for European football but departed with the club floundering, perhaps as a very early symptom of the dire situation they currently find themselves in.

It was an indictment of where Barcelona were when they hired him, but Koeman was willing to turn away from his country in order to take a club job. That isn’t necessarily a surprise; many coaches would make that choice, yet it confirms the idea that international football is the pinnacle of pride and quality as a myth.

It is hard to see beyond Koeman only being hired because he is available and Dutch. The belief that international teams should be coached by somebody from that country is logical and understandable, but in many cases, particularly looking at recent Netherlands appointments, it has felt like a more important factor than it really should be. Koeman was initially replaced by Frank de Boer off the back of his disastrous spells at Inter and Crystal Palace and a decidedly mediocre stint in Major League Soccer with Atlanta United.

This isn’t the Dutch FA’s fault, but the available options are sparse; any Dutch coach with a record which would warrant an appointment is not going to put themselves in the running. The most pertinent example in this case would be Erik ten Hag, who is widely expected to take the Manchester United job in the summer. For all their problems and the suggestion that perhaps he should think twice before leaving Ajax for Old Trafford, it speaks volumes that he hasn’t even been mentioned for the Netherlands job, because he still has much more to achieve in the club game.

In England, it is widely believed that the national job is the zenith of coaching. But perhaps this is because the available candidates – if nationality is as important as it appears – are never going to get anything bigger. No English coach has ever won the Premier League; Harry Redknapp was the last to win a major trophy – the FA Cup with Portsmouth in 2008. England is one of the few major European nations to hire a foreign manager, doing so twice this century with Sven Gorman-Eriksson and Fabio Capello, both serial winners in club football; the hope was they could bring that mentality, but neither could quite buy into the real demands of the job.

International management is different, it is more about mentality and psychology; the ability to inspire a team that only plays together a few times a season takes different qualities. Momentum is created in other ways, it is about hitting the stride at the right time. Gareth Southgate’s approach has given England their best chance of real success in almost 60 years, and there was nothing on his CV that suggested he was the right man.

Perhaps Koeman can find a similar way to inspire his team, after years of disappointment, missing out on Euro 2016 and the World Cup two years later. There is an exciting generation both peaking and continuing to emerge.

But being the man who oversees that isn’t the honour it is advertised. If it was, there would be a more rigorous plan to find Van Gaal’s successor. He himself came out of retirement following De Boer’s sacking after the Euros last summer. The brutal reality is that the Netherlands are trying different big-name Dutch coaches and seeing if it works and Koeman is the only one who fits, while he gets another undeserved shot at making something of his career. For the depths of talent they have, it is hard to see long-term success because better options have bigger fish to fry.