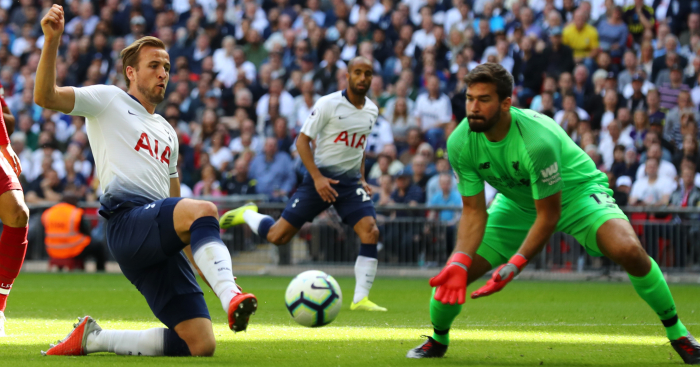 Alan Shearer has suggested that Tottenham and England striker Harry Kane may be paying the price for rushing himself back from an ankle injury last season.

Kane has looked off the pace in the Spurs’ consecutive defeats to Watford and Liverpool with some observers claiming the centre-forward needs a break.

Ex-England No.9 Shearer doesn’t agree, and he believes Kane’s poor form extends back to before the World Cup, despite the 25-year-old finishing as the tournament’s top scorer.

“I keep being told that Harry Kane is tired,” he wrote in his column for The Sun. “Nobody mentioned this, of course, after Tottenham had beaten Manchester United 3-0 at Old Trafford last month.

“However, after failing to score in successive league defeats for Spurs and in two games for England, Kane apparently needs a rest.

“When I was still playing, the suggestion anybody might be tired never came into the equation. And particularly not when you were just 25 years old.

“It makes me wonder whether if people keep saying it, you start to believe it yourself.

“Kane, however, has not looked fresh for some time — and once again on Saturday during a woeful Spurs performance in defeat to Liverpool he looked very leggy.

“Some Spurs fans may even tell you this has been the case for a while now.

“Certainly, it does still make you wonder if he rushed himself back from that ankle injury in March as he contended for the Prem Golden Boot with Mo Salah. He hasn’t been able to hit the same form since.

“The Golden Boot he won at the World Cup has possibly even masked a deeper problem with his form.

“You can’t take any credit away from him for winning the award in Russia — but of his six goals, three were penalties and one a lucky deflection.

“His hat-trick came against undoubtedly the weakest side in the tournament, Panama. When we came up against our toughest opponent, Croatia in the semi-finals, Kane’s moment just came and went.

“You can mask poor form when you are scoring goals but in his last four appearances for club and country (albeit as a sub against Switzerland) he has not found the net.”