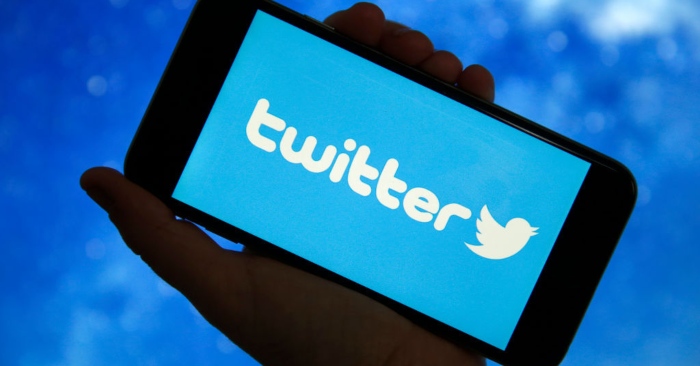 Fulham manager Scott Parker has been talking this weekend about the negative psychological effects social media can have on players. So much abuse is directed at them. Add in being commodified as though they are mere products (not humans) to be bought and sold and we can begin to sense the pressure they live under and what its effects might be.

There are very mixed views on players even having Twitter accounts and on what should be posted, precisely because of how toxic it can become. No-one can find abuse enjoyable or just brush it off; all you can do is to protect yourself from it.

Football was recently taking a minute for mindfulness and that should apply to all of us: manager, players, fans, writers, media people. I’m sure it’s happened to you. You make a random comment about football on Twitter and return to find yourself at the centre of a storm and being pilloried by hundreds of people. If you have any profile at all, this can multiply by a thousand.

The degree of paranoid, sneery, vulgar, passive-aggressive insults and outright nastiness is at times staggering. Hard to understand that this is all just about football.

I often wonder what percentage of Twitter users are abusers, by which I mean the persistently nasty that are always going after people. Is it a majority or a small minority? While I have had plenty of abuse of the last decade, I get a lot more funny, witty, interesting, anecdotally rich and fascinating comments, which brighten and enlighten. And it is these which make the medium so entertaining, but also throw the abuse culture into a clearer focus as not just a waste of time, but as a pointless exercise on a spectrum that ranges from ludicrous to stupid.

Why can’t people just be civil? How have we got to this situation? This is some of what I’ve learned so far:

* Don’t write positively about a football club; it just shows you’re biased and following a narrative.

You never asked this question when City were winning the treble but because Liverpool are doing so well you ask. Fuck off you biased pricks

* But don’t write negatively about a football club because it just shows you’re biased and following a narrative. But remember, if you don’t write about a club at all, that’s because you’re biased against them and following a narrative. And if you do write something which an abuser does not agree with, it will not be accepted as a mere difference of opinion, but proof that you are a f**king brain-dead moron who should die.

* Never be critical of a clubs’ owners, no matter how offensive you find them. If you are critical, you can expect to suffer the largest amount of abuse on social media you will receive all year from the club’s fans but it will, ironically, be one of the least-read pieces you write, because abusers love to respond in huge numbers to what is being said about what you have written, rather than what you actually wrote.

* Never suggest people should read your piece rather than merely respond to the headline. They will never apologise for this and if you point out the error of their ways, they will turn this back on you with ‘precious, much?’ as though their ignorance is your fault.

* Don’t work for money because there’s always a connection, however distant, between someone who is paying you and something or someone bad, and that makes you a hypocrite who must be exposed to the world with passive-aggressive insults and emojis. But don’t forget if you’re working for free, that just proves you’re not a serious writer, not a professional and should f**king kill yourself.

* You must believe that the game today is ‘better quality’ than at any, albeit unspecified, point in the past. If you don’t accept this sweeping unjustifiable generalisation you’re just a f**king pathetic old dinosaur. However, if you rather like not getting a brick in your face when you go to a football match and not being surrounded by people chanting ‘there ain’t no black in the Union Jack’ like you did in the 1980s, then you’re a woke middle-class PC bed-wetting liberal.

* Don’t admit to liking or admiring anyone, because he or she once said or did something not 100% perfect or correct and is therefore as bad as Hitler and so are you and to prove it, here’s a roll-the-eyes emoji to appropriately express disgust in lieu of being able to use words meaningfully like an adult. See also: communicating through memes instead of words.

* Never forget to put the ‘not everyone’ caveat into any broad statement. If you haven’t made a list of everyone and everything to which any statement does not apply, you deserve all the abuse coming your way, especially from abusers who think whatever you’re saying doesn’t apply to them, even though it almost certainly does and protesting this fact is a key marker of the proof of that fact. See also: feminism and gender issues.

* But don’t ever complain about the abuse you are getting. You’re asking for it. You’re the one who wants people to read what you’ve written, aren’t you? Well what do you expect then? Never forget it’s always your fault and that you deserve the abuse because you’re shite. And anyway, it’s just words. Ignore them. But if you do ignore them, that’s just proof that you’re an arrogant elitist.

* Don’t make a judgement or take a view about anything without being 100% perfect yourself. If you do but have never been right in everything you’ve ever said and done and have never made a mistake in your whole life, you are a hypocrite who must be decried as a very bad person by timeline archaeologists and sacked. Remember, everything and everyone is either brilliant or awful. There is no learning, no growing, no changing allowed and absolutely no shades of grey or nuance in how football writing or comments are received. You’re either right or wrong, and mostly, pal, you’re really f**king wrong.

* Don’t ever change your mind. If you do, you’re a hypocrite for not believing the same things forever. Take a position aged 16 and stick to it until you’re dead or you’ll get the ‘how come you said something different three years ago?’accusations from people who just want to get at you and presumably can’t conceive of the concept of changing your mind or having to evolve a view to accommodate new information or events. But never forget if you won’t change your mind on anything, you’re a narrow-minded, bigoted, old-fashioned dinosaur and beneath contempt.

For a change of tone, John Nicholson defends Stoke, criticises Barca, and is an all round hypocrite http://t.co/3sd21wP5 #howishepaidforthis

* Whatever else is written in the magazine, newspaper, website, blog or toilet wall where your work is published, must also be your view. If other content contradicts something you’ve written, you’re a hypocrite. Everyone at every publication must agree on everything and if you don’t then you’re all hypocrites and deserve all those passive-aggressive frowning emojis used to assert the moral and intellectual superiority of the poster.

* Never attempt to be intellectual about anything, that just makes you pretentious. And certainly never complain about a culture of anti-intellectualism, that just makes you a snob who doesn’t even like football. But if you state the obvious or make things simple, you’re just patronising your public with lazy journalism and clickbait.

* And while we’re talking about clickbait, even if you write 3000 words and spend eight hours thoughtfully constructing a piece, abusers will still dismiss it as clickbait, even though the definition of clickbait isn’t a written piece per se, it is the come-on to click on the link to go and read the piece. But never point this error out to those who are inaccurately accusing you of writing clickbait, you precious little pedantic prick.

* Most of all, don’t write a piece complaining about all the abuse you get – which don’t forget is all your fault anyway – because it shows what a self-regarding, little snowflake you are. And just to prove the contempt they hold you in, they have included 12 laughing-crying emojis in their post. That’s the default standard of discourse.

It. Is. Insane. This is a version of the world that is built, torn down and rebuilt every single hour of every single day for anyone posting or writing about football. All are open to ceaseless abuse and all are expected to just soak it up ad infinitum, as though it is a valid form of entertainment.

It’s worth pointing out that football-related abuse is almost the sole province of the male of the species. Few get women threatening to bite their face off for some perceived insult to their football club. So perhaps in order to change this culture, we need to change the culture of maleness.

Being repeatedly horrible to people about football on the internet is a waste of time, energy and life. It’s probably a marker for mental ill-health and achieves the square root of nothing, except to fritter your life away creating negativity. And you don’t get to do that for free. You don’t drum up the devil for your enemy without suffering the evil too.

Only love sustains, only love remains. We don’t have to be milky and without grit in how we discuss the game, just polite, reasonable and keeping a perspective. Or hey, you know what? We could just be silent sometimes. But sadly, I know some are already bookmarking these words to use against me in the future. That’s where we are now. But we don’t have to be.