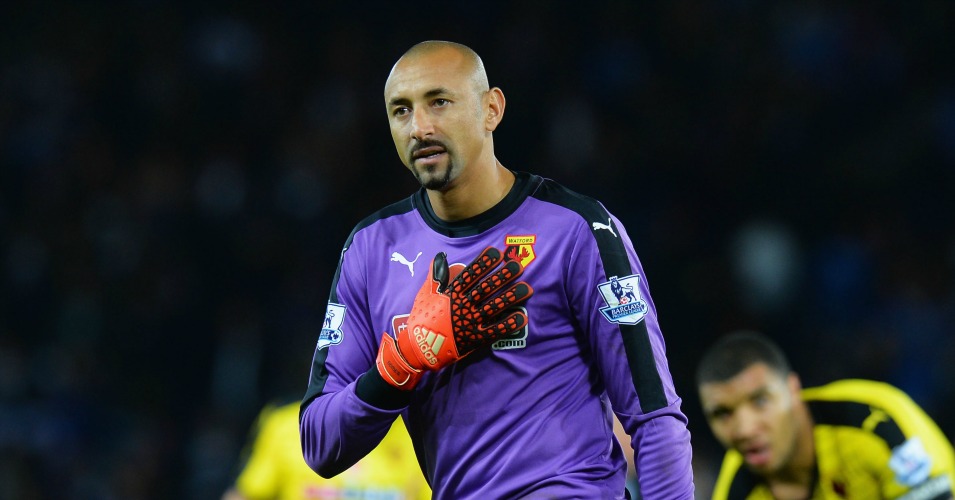 Watford goalkeeper Heurelho Gomes admits it was a relief to get their season back on track against Leicester and was pleased to have played his part in their comeback victory over the Foxes.

The Hornets had picked up just one point from their previous six matches heading into the Boxing Day clash at Vicarage Road, and another defeat looked on the cards when Riyad Mahrez gave Leicester the lead.

But Molla Wague drew the teams level and an own goal from Kasper Schmeichel put Watford 2-1 ahead midway through the second half – a scoreline they kept hold of, thanks in no small part to the efforts of Gomes.

The 36-year-old made a string of saves, including two vital ones late on to deny Wes Morgan and Leonardo Ulloa, as Watford recorded their first win in over a month.

Gomes said: “It’s a relief because we gave our all against Leicester.

“We didn’t recognise our team in the last game (1-0 defeat at Brighton) and sometimes it’s about the attitude, not the quality.

“I felt we wanted to play as quick as possible to forget the last games.

“We can’t change the results but can change the situation and I felt the players were ready.”

Regarding his own contribution to the victory, the former Brazil international said: “Sometimes keepers have to get points for the team and it was my time.

“We have injuries, so we have to change and need to get the confidence back and play a different way which is what we did.”