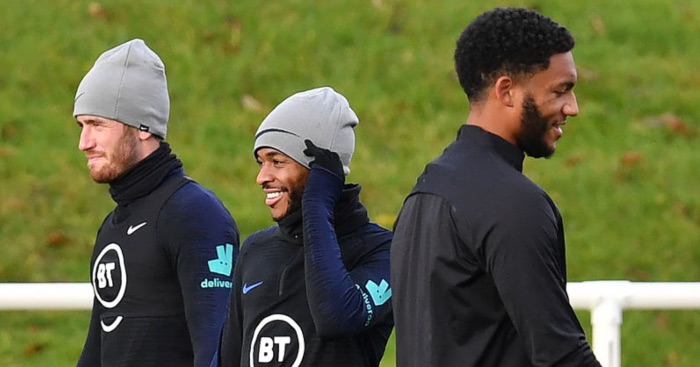 Joe Gomez has emerged for training with a scratch beneath his right eye as a result of his scuffle with Raheem Sterling.

The Manchester City forward was also involved in the session, despite being dropped by Gareth Southgate for the Euro 2020 qualifier with Montenegro at Wembley because of the incident.

The FA released a statement revealing that Sterling would be left out of Thursday’s game after the player was reported to have grabbed Gomez by the throat in the players’ canteen at St George’s Park, a decision that has been questioned by Rio Ferdinand and the England stars.

Joe Gomez himself asked Southgate to keep Sterling in the squad, but the England boss was keen to send a message that club rivalries spilling over into the international squad would not be tolerated, despite Sterling apologising and admitting his “emotions got the better of him”.

He is to hold a media conference on Wednesday when the matter will be discussed further.