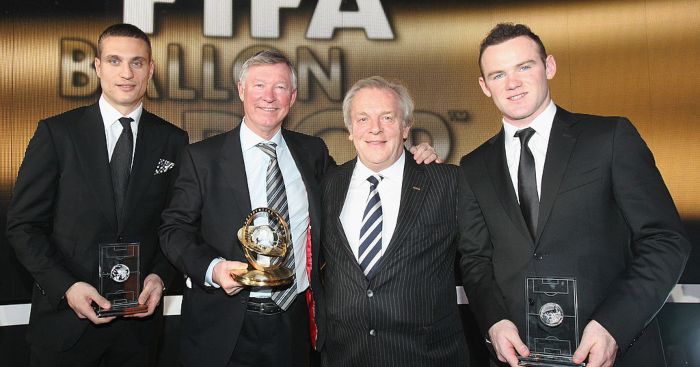 Gordon Taylor will stand down as the chief executive of the Professional Footballers’ Association at the end of the season.

The 75-year-old has set out plans for his departure in a letter to union members.

Taylor, who became PFA chief executive in 1981, announced last year he would step down once an independent review of the organisation was complete.

MAILBOX: Why we should marvel at Salah more than De Bruyne…

The union has faced renewed criticism in recent weeks over its record on supporting former players suffering from dementia, in the wake of Nobby Stiles’ death and Sir Bobby Charlton’s diagnosis with the condition.

In the letter seen by the PA news agency, Taylor wrote: “As I announced at the previous AGM, now that the independent review process is completed, I too will stand down by the end of the current season.

“The new chief executive will be elected following the recruitment procedures recommended by the independent review.

“We have already made substantial progress in that direction.”

The PFA is holding its virtual annual general meeting on Thursday, at which the proposed new structure of the union will be voted on by members.

Taylor wrote: “As you know, in 2018 the PFA commissioned a wide-ranging independent review designed to ensure that we continue to evolve appropriately for our members.

“We seek to achieve the highest standards of governance, transparency, accountability, and independence, and so we opened ourselves up to independent examination and invited scrutiny of all our work and our structures.

“This independent review was a significant and lengthy process, concluding only in July 2020.

“At the heart of the independent review is a set of detailed recommendations on how the PFA might evolve in the future.

“The independent review proposes that a new governance structure is created for the PFA. We have worked hard to create that new structure, and delegates of the Professional Footballers’ Association will be asked to approve new rules to govern the PFA at our AGM.”

Taylor added: “Under the new structure, the management committee will hand over to a players’ board and an operational board, and we will be inviting nominations for members to join the players’ board.

“Those members will be instrumental in taking forward the PFA under our new structure, and I hope you will consider whether you would wish to play a leadership role in our future.

“I am proud to have been part of the management committee’s hard work to design these new rules and to implement the independent review’s other recommendations. I commend our proposed new structure to you.

“It is the gold standard for any modern sporting organisation and a foundation on which I believe our organisation will continue to go from strength to strength in the years to come.”

The independent review panel recommended the management committee of the PFA be disbanded.

In its place it recommended an operational board be established, made up of four non-executive members, the new chief executive, the finance director and the chair and vice-chair of the players’ board it has also recommended be set up.

The review panel recommended it be made up of two members each from the Women’s Super League, the Premier League, the Championship, League One and League Two, plus three former players, at least two of whom have played professionally within the last five years. In total, this would mean a board of 13 members.

Taylor will bring and end to an at times controversial 40-year reign at the top of the players’ union when he stands down.

He has been criticised over a variety of issues, including his salary – reportedly more than £2million a year – as well as the perceived slow reaction to research the possible link between head injuries and heading a ball and the incidence of dementia among former footballers.