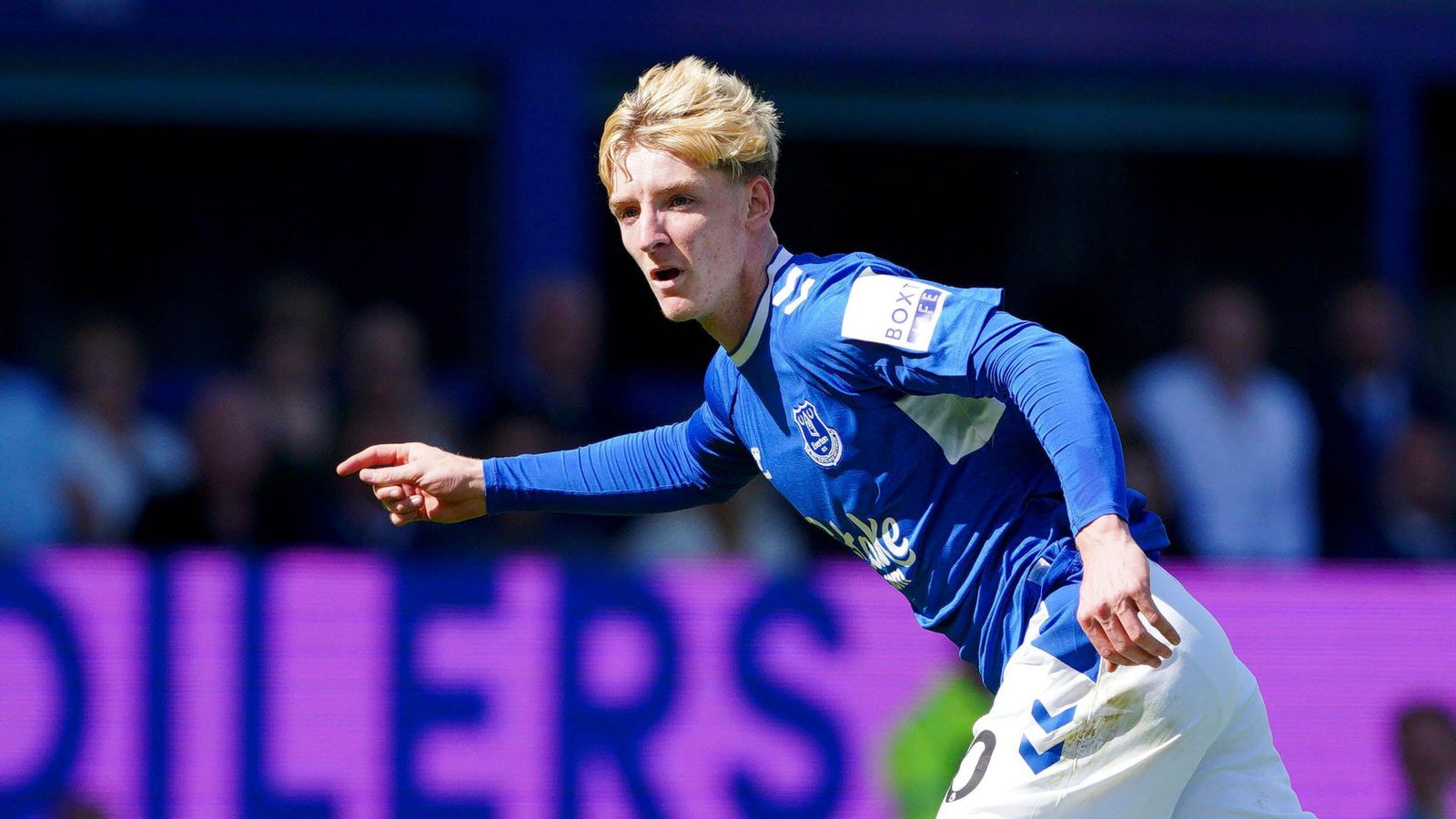 Anthony Gordon has reportedly told Everton and Frank Lampard that he ‘wants to leave’ the club with Chelsea ‘ready to pay’ £60m to sign him.

New Chelsea owner Todd Boehly has not been shy to get his chequebook out this summer, with the club already spending £180m on new recruits.

Frankly, the American billionaire must have money coming out of his ears if he’s willing to pay up to £60m for Gordon.

The 21-year-old did impress for Everton last season in what was his breakout campaign in the Premier League.

But in truth, it did not take much to stand out in a team that just about did enough to avoid relegation.

Newcastle United and Tottenham Hotspur were interested in Gordon earlier this summer but Chelsea are now leading the race to sign him.

The Blues have had two bids rejected for Gordon already and David Ornstein of The Athletic has revealed that the player has told Lampard and Everton that he ‘wants’ to move to Chelsea.

Gordon is said to have explained to Everton’s hierarchy that he wants to play in the Champions League.

He also thinks this move would afford him a ‘greater chance’ of playing at this winter’s World Cup for England.

Chelsea boss Thomas Tuchel sees Gordon as a ‘priority’ signing. He has clearly talked Boehly around as they are ‘ready to pay’ an initial £50m plus £10m extra in add-ons to sign the attacker.

Ornstein adds that a transfer is ‘not imminent’ with Everton having concerns that Gordon’s exit this summer ‘would leave them with little time to source a replacement’.

Gordon is under contract until 2025 and Everton ‘have no concerns about his attitude’ if he does not get his desired move to Chelsea.

A separate report from Ben Jacobs states that Tottenham’s interest in Gordon ‘is real’ but they are unwilling to pay more than £35m to get him.

They are unlike the mad bastards over at Chelsea who are ‘optimistic’ about signing Gordon with their £60m offer.

This deal may go down to the wire though as Everton ‘want a replacement lined up’ before they give Gordon permission to depart.

Jacobs and Ornstein mention Southampton’s Che Adams as a possible target for Everton, who are currently without the injured Dominic Calvert-Lewin.

Another player brought up by Jacobs is Chelsea’s Armando Broja. Lampard is said to be ‘considering a late loan move’ for the young striker.