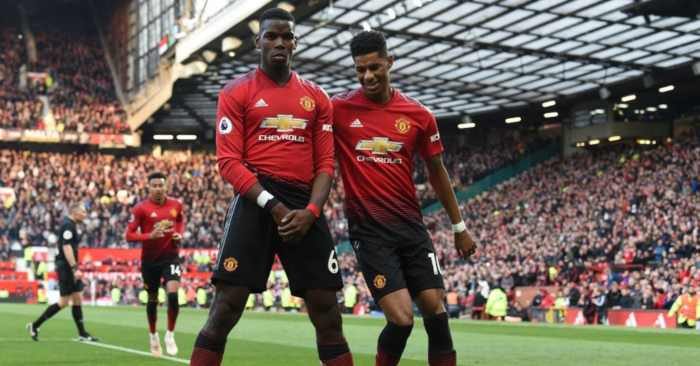 POGBA PRICE NAMED
First, it’s important to note that Manchester United do not want to sell Paul Pogba. In fact, MARCA claim that they actually want him to sign a new contract and believe that the departure of Jose Mourinho means that he should have no problems staying at the club. What they don’t seem to have factored in is Pogba’s desire to play for a bigger club that is challenging for bigger honours than fourth place.

Anyway, United have apparently told Pogba’s agent Mino Raiola that they will not even start a conversation with Real Madrid – or anybody else – unless the figure mentioned is somewhere around the £130m mark. That’s rather a lot of money.

BARCA MOVE FOR MARCUS
This one will not go away. We cannot work out whether there is some mischief from Marcus Rashford’s agent, who wants to earn his client upwards of £300,000 a week, or whether Barcelona are genuinely interested in the English striker. It’s hard to believe they were impressed with his performance in the first leg of their Champions League clash last week.

Anyway, the Daily Mirror claim that Barcelona are ready to make a £100m move for Rashford; they might have to sell Philippe Coutinho first, but he has apparently decided that a move to United would be impossible.

Marcus Rashford | A month ago, Barca press (see below) suggested he could be an idea, based on claims from England, because they thought his contract ended in 2020… they didn’t mention extra year option.

Barca will not spend £100m on a back-up forward. pic.twitter.com/39A1niipXG

ARSENAL AND MAN UNITED FIGHT…
This is a theme this week – there was a lot of Arsenal and Manchester United targeting the same players on Monday – and now The Sun claim that they are battling for a £45m forward in Ajax man David Neres, who has scored goals against both Real Madrid and Juventus this season.

The Brazilian 22-year-old – who made his international debut last month – plays largely on the right wing, which is a position Arsenal and United desperately need to strengthen. United in particular.

AND THE REST
Burnley winger Dwight McNeil is a target for Newcastle, Arsenal, Everton and Manchester City…Shinki Okazaki will leave Leicester this summer…Inter Milan are interested in Ikay Gundogan…Man United, Juventus and PSG are all being linked with Sporting Lisbon midfielder Bruno Fernandes.