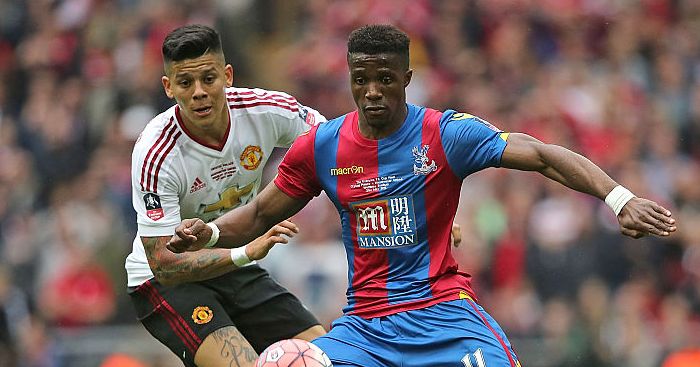 BOY WHO CRIED WILF
One of the biggest losers of this entire transfer window (more on that later…) has to be Wilfried Zaha. He entered the summer having long set out his Champions League stall, saw Crystal Palace sell Aaron Wan-Bissaka and subsequently reject each and every bid for him, and now has “beef” with the Selhurst Park suits.

The Ivorian is understandably ‘devastated’. The Daily Telegraph say Palace ‘will now have to work hard to focus the forward after they refused to sanction the move.’

Despite reports of up to three bids being lodged, it is understood that Everton only made one: £52m in cash. Two further offers were ‘at least proposed’ that involved players in exchange, but Palace ‘would not budge’.

Palace ‘would have accepted £80m in cash’ but their refusal to do business with any interested side ‘will have dismayed Zaha’, who feels ‘he had an agreement the club would sell him this summer if an acceptable offer was made’.

Those at Selhurst Park will insist that they never received such a bid, but Zaha remains ‘adamant’ he wants to leave. He ‘has made it clear that he is prepared to move abroad’ with European leagues not closing their transfer windows for another few weeks. Dortmund and Napoli are known admirers.

That obviously leaves Palace in quite the situation. They either keep a clearly distraught and unsettled player until at least January, or sell him now with no way of reinvesting the funds for months. Oh dear.

CHELSEA DAGGER
The Daily Mail say Zaha is ‘furious’ with Palace, who are said to have ‘dodging’ Everton’s calls. This is great.

Poor Zaha, though. He ‘is now concerned whether he will receive the same level of interest’ in the future, and fears that ‘his opportunity may have gone’.

Not so, according to The Sun. Their exclusive is that Chelsea ‘will table an £80m bid’ in January if they can get their transfer ban overturned in time.

Neil Ashton says Zaha ‘reached an uncomfortable truce’ with Palace, but only until the winter. The club ‘have reluctantly agreed’ to have another look in January.

Everton, of course, are unlikely to make a move after signing Alex Iwobi. But Chelsea ‘are convinced they can escape a transfer ban’ in time to bring him in.

MARC’D MAN
There must be something about the promise of joining Everton, because Marcos Rojo is similarly ‘fuming’ with Manchester United. The Daily Mail reckon United ‘changed the parameters’ of a proposed loan deal on Thursday, leaving Everton without their centre-half and Rojo without much of a chance of playing actual football in the near future.

It is probably the only blemish in an otherwise excellent summer for the Toffees, whose central defensive options are limited to Michael Keane, Yerry Mina, Mason Holgate and Lewis Gibson.

For Rojo, hopes of a move to Everton were scuppered on a second successive deadline day. Yet the Argentine still has two years left on his Old Trafford contract, and a quite inexplicable £25m valuation. Best of luck getting rid, Ole.