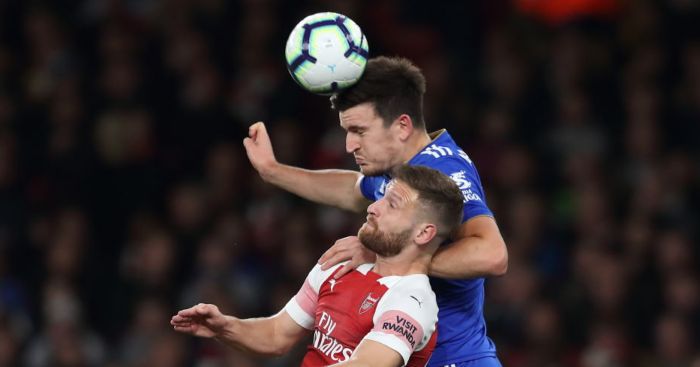 FAST AND FURIOUS
It comes as no surprise that while pretty much every other outlet report Harry Maguire to have remained professional in his desire to join Manchester United this summer, The Sun describe him as ‘FURIOUS’ and ‘angry’ at not being allowed to leave. Those Chinese whispers must have been lost in translation somewhere down the line.

Charlie Wyett’s exclusive is that Maguire is unhappy with Leicester ‘being awkward’ and not adhering to the gentleman’s agreement they made when he extended his contract last year. Club and player said that the centre-half would be allowed to leave if ‘a fair offer’ was tabled, yet Maguire remains at the King Power Stadium with Leicester turning £70m down. Probably because they don’t consider that to be ‘fair’.

‘The two clubs were locked in talks late last night with United ready to agree a fee,’ with Leicester holding out for £85m. Or, if you would rather believe the Daily Mirror, £90m. That is a valuation that United have apparently ‘made it clear there is no way they will entertain’. They will go to £70m but no higher.

United feel such demands are ‘unrealistic’ and are therefore hoping the Foxes come to some sort of ‘compromise’ to avoid ‘being saddled with a disgruntled player who wants to move on’.

With Ed Woodward ‘refusing to be bullied’ and the transfer window open for just over a week, United seem no closer to landing their first-choice target.

SMOKE ON THE WATER
Unless you listen to Gianluca Di Marzio, transfer extraordinaire. He says that ‘the long negotiation is about to give the white smoke’. Because Slabhead is the damn Pope.

Much to the contrary of British reports, ‘the deal is closing’ between Leicester and United as Maguire’s ‘will is being respected’.

That he has not tweeted it and Sky Sports have not picked up one of their Italian correspondent’s claims to package it up as ‘Sky sources’ perhaps tells us something. No wonder Maguire is ‘FURIOUS’. It’s all very confusing.

IT MUSTAF BEEN LOVE
Elsewhere in the world of £90m-rated centre-halves, Arsenal might finally be getting rid of that Shkodran Mustafi fella.

Reports in L’Equipe suggest that Monaco have made an enquiry for the Germany international. Arsenal ‘have tried to sell him almost every window since they signed him’, and might finally get their wish this summer.

It is thought that the Gunners actually value Mustafi at around £30m, with his sale boosting a £45m budget that has already been impressively stretched beyond comprehension. But the situation surrounding Laurent Koscielny, coupled with William Saliba being sent on loan and Rob Holding still suffering with injury, might force Mustafi to stay.

So close, yet so far.

AND THE REST
Arsenal’s £72m deal for Lille winger Nicolas Pepe will involve the Gunners paying £20m up front for the 22-year-old Ivory Coast international and the other £52m in installments within five years…Real Madrid have told 28-year-old Colombia attacking midfielder James Rodriguez he will be staying at the Bernabeu… Argentina defender Marcos Rojo will consider a move away from Manchester United if he believes first-team opportunities will be limited next season (SPOILER: They will)… Crystal Palace are set to make a £5m bid for Newcastle United and Republic of Ireland centre-back Ciaran Clark… Everton are considering moves for Southampton and Gabon midfielder Mario Lemina and Chelsea’s England Under-21 defender Fikayo Tomori.