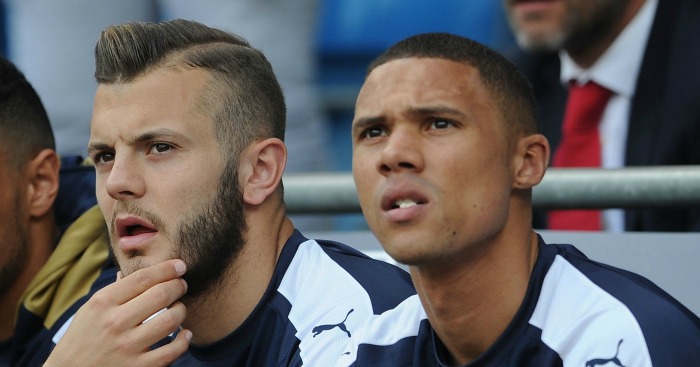 LIVERPOOL CLOSING IN ON ROBERTSON DEAL
It might not be a big name like Benjamin Mendy or Alex Sandro, but Liverpool are finally going to release James Milner from his left-back shift. Hull City’s Andrew Robertson was touted for big things a couple of years ago, and he’s now going to get his chance.

The Daily Mail write that Robertson has been given permission to leave Hull’s training camp in Portugal to seal a dream move to Liverpool that is thought to be worth around £8m. Not only would that allow Jurgen Klopp to sell Alberto Moreno, but also mean that Milner can be used as a central midfielder should the situation require it.

NOW PSG FIRM UP SANCHEZ INTEREST
Just when you thought that the saga may be over, up pops another update to prolong the agony. On Tuesday, Arsene Wenger was adamant that Alexis Sanchez will not be sold this summer, reiterating his previous claims.

Quite whether that means sell to nobody or just sell to Manchester City is a question that will be answered in the near future. For only hours after Wenger’s comments, stories were leaked about Paris St Germain’s serious interest in signing Sanchez.

That would give Wenger something to think about. Arsenal could get more than £50m for a player who can leave on a free transfer in a year’s time, and a player who might well not be as motivated as in previous years. Worth it? Not according to Sarah Winterburn, who writes about the diminishing fear of the free transfer.

THERE’S A CLEAR-OUT COMING AT ARSENAL
Whether Sanchez leaves or not, there might well be a clear-out coming at Arsenal. The Daily Mail report that Arsene Wenger will seek to offload fringe players in a bid to raise funds for Thomas Lemar, although we can’t help thinking they might have the funds anyway.

The Daily Mirror go further, listing the players who are available for permanent transfers away from the club. It includes Wojciech Szczęsny (off to Juventus), Carl Jenkinson, Mathieu Debuchy, Calum Chambers, Kieran Gibbs and Jack Wilshere. Can’t really find fault with any of those names; all should be sold if Arsenal have thoughts of improvement.

BARKLEY WANTS £150,000 A WEEK AT TOTTENHAM
We supposed that Ross Barkley might be content just to get his move to Tottenham, given that for a while it seemed his price tag might make a move away from Everton difficult.

According to the Daily Mirror, however, Barkley is now putting more roadblocks in the way of his move. They claim that the midfielder is demanding £150,000 a week to join Tottenham. That would be several types of stupid, given that Tottenham have a wage structure that they are unlikely to break for him, and that it erodes away any goodwill from Tottenham supporters.

Just take what you’re offered and concentrate on giving your career a kickstart, Ross.

AND THE REST
Tottenham are interested in Real Madrid midfielder Mateo Kovacic… Watford have launched a loan bid for Benfica winger Andre Carrillo… Southampton boss Mauricio Pellegrino is preparing a loan move for Manchester City youngster Patrick Roberts… Islam Slimani wants to stay in the Premier League – but fears Leicester are pricing him out of a move to promoted Newcastle… Real Madrid have put a combined £89m price tag on Chelsea targets Alvaro Morata and Danilo… Paris Saint-Germain star Angel Di Maria says he wants to remain at the club.