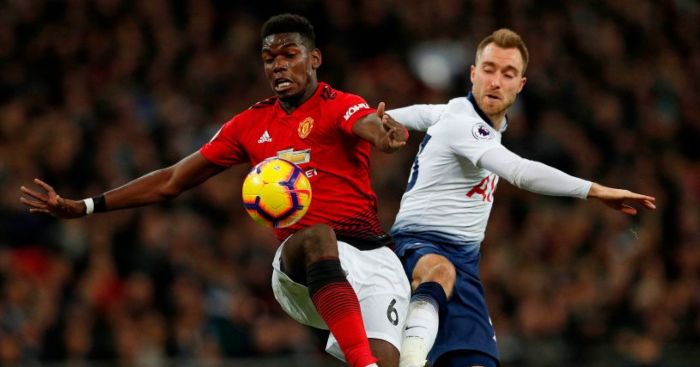 REAL DEAL
Those Paul Pogba quotes about a “question mark” still hanging over his Manchester United future really have taken on a life of their own. It might be a case of wilful mistranslation – he was literally quizzed about his future and so saying “a question mark remains” as to whether he will stay is just a statement of fact.

If the misunderstood fella does, in fact, still want to leave this summer, the bad news, according to The Sun at least, is that Real Madrid are about to put all their eggs in the Neymar basket. As reported over the weekend, Paris Saint-Germain are so bored with the Brazilian forward that they’ve lopped €120m off his asking price.

Neymar has burnt quite a few of his bridges at Barcelona, they’re not keen on the political optics of crawling back to him, but Madrid might be – primarily, you imagine, for the reaction it would provoke in Catalonia. But Florentino Perez can only have one; it’s an either/or situation and Pogba isn’t nearly as shiny.

SPURS BRIEF AGAINST ERIKSEN
Sensing that a Christian Eriksen exit might be on the horizon, Tottenham have let it be known that they’ve offered the midfielder a generous new contract in the region of £200,000/week.

It’s a little bit of a stitch-up. Sami Mokbel’s story in The Mail claims that, even if he were to agree a new deal, Eriksen would ‘demand’ clauses which enabled him to join particular clubs and your intended reaction to that is supposed to be…”what a greedy little f–ker”.

OPTIONS FOR STURRIDGE
Daniel Sturridge was left without a club as the transfer window shut, but The Telegraph report that he’s not short of offers. Real Betis are interested, so too are Marseille (now under the management of Andre Villas-Boas), and Sturridge also has various options in MLS and in the Middle East.

Most attractive of all, though, might be the ‘£9m contract’ offered by Fenerbahce, where – of course – Damien Comolli is currently director of football.