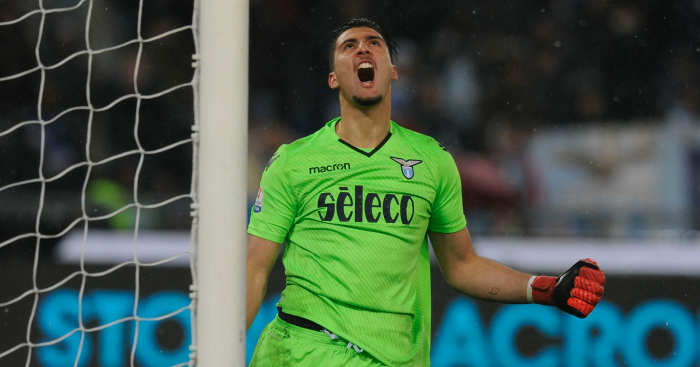 UP THE ANTE
How selfish of Argentina to ensure their capitulation overshadows Croatia’s achievement. Lionel Messi should not be blamed for this mess, but Ante Rebic and his pals should not be forgotten in the aftermath either.

It was Rebic who got the ball rolling, dipping over Willy Caballero and nestling into the back of the net on Thursday evening. His goal sparked Croatia’s 3-0 win, and earned admiring glances from afar.

Even before the game, Tottenham were credited with an interest in the forward. SportBild report that the north London side are ‘showing interest again’ in a player they previously tried to sign when he was playing in Croatia. Rebic is now impressing at Eintracht Frankfurt.

No offer has been made yet, and any negotiations are likely to be complicated by the World Cup. His valuation is also bound to skyrocket, with reports before the game suggesting Frankfurt would want at least €30m for him. That volley probably added another €10m.

FINDERS, KEEPERS
‘Liverpool have reportedly moved closer to signing Lazio goalkeeper Thomas Strakosha,’ claim the Daily Mirror. We weren’t aware that they were ever intending to.

The names of Alisson, Jan Oblak and Jack Butland have constantly been linked with Liverpool this summer, but Strakosha has emerged from nowhere. The 23-year-old is the younger and cheaper (£26m) option, but also the least experienced by far. He only established himself as Lazio’s first-choice goalkeeper in February 2017.

But Liverpool want him, and the suggestion that they have ‘moved closer to signing’ him must come from somewhere.

The Mirror point the finger at Calciomercato, who report that Lazio are on the verge of bringing in a keeper themselves. Silvio Proto will arrive from Olympiakos soon, and the so gossip columns have put 2 and 2 together to come up with 427. Proto is obviously replacing Strakosha, who is off to Liverpool, right?

The only problem is that Proto is 35, and a likely replacement for current back-up Federico Marchetti, who is off to Genoa.

Calciomercato themselves say Proto arrives as ‘another goalkeeper from Greece, in theory also this time a deputy, but the vice-Strakosha’. Any Liverpool-related speculation derived from his signing is likely down to the final line of: ‘As long as the transfer market does not put the paw back…’

That’s a hell of a lot of conjecture.

AND THE REST
Borussia Dortmund are keen to sign Chelsea and Spain striker Alvaro Morata, but the Bundesliga club could be put off by the 25-year-old’s £45m fee… Spain full-back Jordi Alba, 29, says he wants to stay at Barcelona, amid interest from Tottenham… Juventus are favourites to sign CSKA Moscow’s Russia midfielder Aleksandr Golovin, 22, with Arsenal, Chelsea and Barcelona also interested… Napoli boss Maurizio Sarri is busy assembling his Chelsea coaching squad, even though manager Antonio Conte’s future at Stamford Bridge is yet to be resolved… Everton could offer Middlesbrough 25-year-old German midfielder Mo Besic as part of a deal for former England Under-21 defender Ben Gibson, 25… Everton forward Wayne Rooney, 32, has been encouraged to join Major League Soccer side DC United by former England team-mate Steven Gerrard… Sevilla and Argentina midfielder Ever Banega, 29, wants assurances from Arsenal boss Unai Emery before agreeing to join the club.