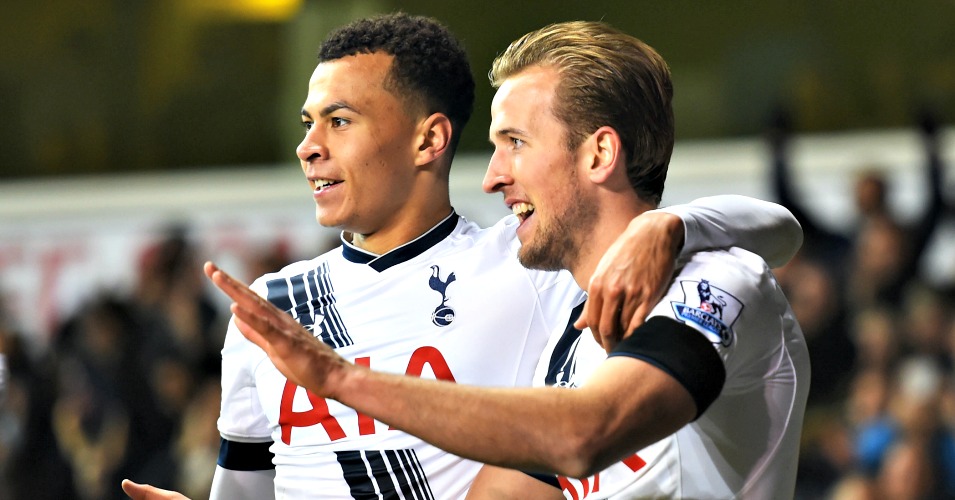 EXCLUSIVE ONE
What a day for EXCLUSIVEs. Sundays do tend to be, don’t they? We start with the Daily Star, who have three for us.

Hetherington adds that United scouts have been to Spurs’s last FOUR matches – their capitalisation, not ours – which doesn’t seem like a particularly large amount for a league rival. But oh well.

Described as a ‘stumbling block’ are Kane and Alli’s contracts at White Hart Lane. Kane signed a new five-and-a-half-year deal back in February, while Alli penned a new five-year deal of his own just a fortnight ago. Tottenham will be incredibly unlikely to sell two first-team assets, just 22 and 19 respectively, while neither player seems keen to leave for a club one place below them in the league.

Hetherington mentions in passing that United are also considering a move for a Spurs full-back, who remains as yet unnamed. Kyle Walker, Kieran Trippier, Ben Davies or Danny Rose to United, then.

As an aside, this EXCLUSIVE did not make the newspaper, just the website. But these next two…

EXCLUSIVE TWO…
…comes to us from Steve Millar. He and his Starsport sources understand that Pep Guardiola’s wife, Cristina, was given a ‘VIP guided tour’ of a school in Manchester recently. The Spaniard is definitely off to City, basically.

Millar adds that Guardiola’s wife, or ‘Mrs Pep’, according to the back page, was accompanied by City big cheese Txiki Begiristain, ‘it has been said by onlookers’. Excellent.

EXCLUSIVE THREE
A third exclusive from the Daily Star, and a second from Paul Hetherington. Sterling work all round.

This one again involves Manchester City, but it mercifully is an actual transfer rumour. John Stones is the subject.

According to Hetherington, City believe ‘they can still win the £50million race’ for Stones in the summer. If Everton are still able to fetch that much for the centre-half after his recent performances, they will do spectacularly well.

Hetherington adds that Stones’s preference in the summer is to remain in the Premier League, which will surely be described as a ‘crushing blow’ to Real Madrid and Barcelona, who were somehow linked. The two Spanish giants dropping out means ‘Chelsea, City and probably Manchester United are fighting for pole position in the race’ for the 21-year-old. Why aren’t they all fighting to sign him, rather than fighting to be the ones most likely to sign him?

GRIEZMANN TO REPLACE HAZARD
Thankfully, that is the end of Sunday’s exclusives. But we still have more transfer news, people.

Over to the Daily Mail now, who’s man Rob Draper has an update on the Eden Hazard situation at Chelsea. He reports that the Blues will consider a move for £60m-rated Atletico Madrid forward Antoine Griezmann ‘if Hazard leaves for Real Madrid or Paris Saint-Germain in the summer’. What if another club buys Hazard? Have they vowed to only replace him if he goes to Real or PSG? What a strange decision.

With Atletico’s (and Real’s) transfer ban suspended in the summer pending an appeal, the Spanish club could be persuaded into a deal for their sought-after forward. Griezmann has a £60m buy-out clause, and he’s really rather good. He has 34 goals in 58 La Liga appearances since signing for Atletico for around £24million in summer 2014.

MORE WOE FOR LOUIS
Fine, have one more EXCLUSIVE. Over to The Sun we go.

They claim that Michael Carrick is ‘set to leave’ Manchester United this summer. Louis van Gaal has been ‘hit with more woe’ by the news apparently, this despite 12 Old Trafford team-mates having played more Premier League minutes this season.

Mike McGrath adds that while United will offer Carrick a new deal – his current contract expires in June – talks are only at an ‘extremely early’ stage. In the meantime, Carrick is free to negotiate with whomever he wishes.

McGrath credits ‘clubs in the Premier League’ with an interest in the 34-year-old, as well as sides ‘from abroad’, including ones in America.

SAIDO’S LAST CHANCE
A word – or a few – now on Saido Berahino. According to the Daily Mirror’s famed ‘Football Spy’, Tottenham are considering one final bid for the West Brom striker before the transfer window closes at 11pm on Monday.

Spurs are thought to be close to confirming the signing of Moussa Dembele from Fulham, but with the Frenchman being sent back to the Championship club on loan, the Mirror report that Spurs remain keen on purchasing a striker.

The Mirror say Spurs will make one last attempt, but that West Brom are ‘determined’ to hold onto the 22-year-old until the summer.

That’s not all. The Sunday Times have their own scoop, with Martin Hardy reporting that Newcastle will make a last-ditch attempt to sign the forward. A club record £24million will be the fee, and Newcastle believe Berahino ‘will turn them into a top-10 force and banish fears of relegation’. Good luck, chief.

AND THE REST
Manchester United have identified Tottenham left-back Danny Rose as an ideal stop-gap signing to cover for Luke Shaw…Manchester City, Liverpool, Tottenham and Southampton are all believed to be interested in Marseille striker Michy Batshauyi and winger Georges-Kevin N’Koudou…Copa America winning boss Jorge Sampaoli is on a Chelsea short list to become their next manager in the summer and wants to sign Alexis Sanchez…Everton are on the brink of signing Lokomotiv Moscow’s Oumar Niasse for £13.5million…David De Gea will be Real Madrid’s top target in this summer’s transfer window…Newcastle United are lining up a late deal for Swansea City striker Bafetimbi Gomis as they are not confident about their hopes of signing Loic Remy from Chelsea…Leicester City have had a £11.5million offer accepted for Chelsea striker Remy…Leicester City boss Claudio Ranieri has joined Swansea City in the race for Crystal Palace striker Dwight Gayle.

Stoke City boss Mark Hughes is making a dramatic late move for Dynamo Kiev star Andriy Yarmolenko…Stoke City have scrapped a club record move for Porto midfielder Giannelli Imbula and rejected a £10million offer for Mame Diouf…West Brom expect to finally nail an £8million deadline-day deal for Queens Park Rangers winger Matt Phillips…Aston Villa boss Remi Garde is optimistic Arsenal outcast Mathieu Debuchy will join his Premier League basement boys on loan…Sunderland will consider rekindling their bid to sign Andre Ayew in the summer after being frustrated in their efforts to sign the Swansea City forward in this window…Liverpool are in talks with super-agent Jorge Mendes over a new deal for Joao Teixeira…West Ham United striker Nikica Jelavic will be the latest Premier League name to head for a final pay day in China once Nigerian international Emmanuel Emenike completes his loan move from Fenerbahce…Wolves are considering a shock swoop for West Brom left back Sebastien Pocognoli.