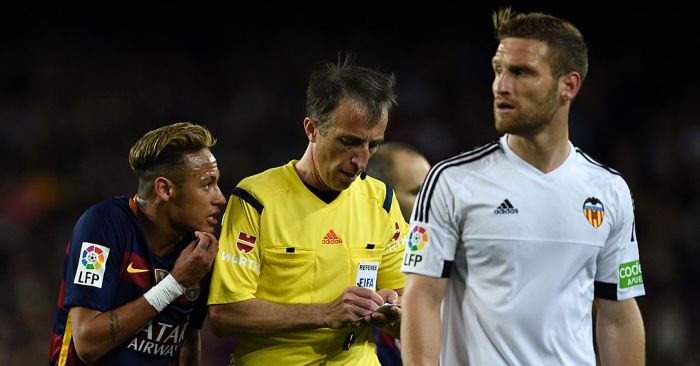 SOMETHING, SOMETHING, NEYMAR, SOMETHING
After a summer of rumoured swaps, it seems that Barcelona and Paris Saint-Germain are getting closer to a more realistic agreement for Neymar. ESPN report that the deal now taking shape is an initial loan, with the option to buy for €120m in a year’s time.

One of the problems faced by Barcelona has been the reluctance of their players to be part of any swap. Philippe Coutinho has obviously now chosen to join Bayern Munich, while Ivan Rakitic appeared to have little interest in joining PSG. Another issue is that having already signed Antoine Griezmann and Frenkie de Jong this summer, the club don’t have the budget to match QSI’s asking price and, no matter how much they want rid of Neymar – and to be fair, who wouldn’t? – PSG are determined not to suffer an embarrassing loss on their investment.

SHKOD OFF
Roma have spent their summer searching for a centre-half and after toying with the idea of Toby Alderweireld throughout July, now appear to have landed on Shkrodan Mustafi. They’re definitely of a similar standard so fair enough.

Only a week ago, they were rumoured to be very keen on Dejan Lovren, which does make you wonder what kind of hilarious, post-modern defence they’re actually trying to install at Stadio Olimpico.

Go on, sign both of them. Who wouldn’t want to see that?

Anyway, The Sun believe that Mustafi can be theirs for the price of a one-year loan and the promise to pay £23m at season’s end. Arsenal will finally get their wish.

IBE HEADING NORTH?
The Express think Jordon Ibe might be heading to Celtic on loan. Ibe has had some good moments at Bournemouth since joining in 2016, but Eddie Howe’s faith in him has obviously started to wear a bit thin – and his route to the first team is becoming increasingly tricky, with the existence of David Brooks and the fine form of Ryan Fraser.

The Scottish transfer window shuts on September 2 and while Celtic aren’t expected to meet Bournemouth’s asking price (£20m) for a permanent deal – they might have done had Cluj not dumped them out of the Champions League – they are keen on completing a year-long loan.

AND THE REST
Paul Pogba is definitely staying at Manchester United… free-agent Fernando Llorente could be joining Lazio… Christian Eriksen still wants to leave Tottenham… Tiemoue Bakayoko is heading back to Monaco… Everyone is watching Eduardo Camavinga… Claudio Bravo will be leaving Manchester City when his contract expires in the summer.