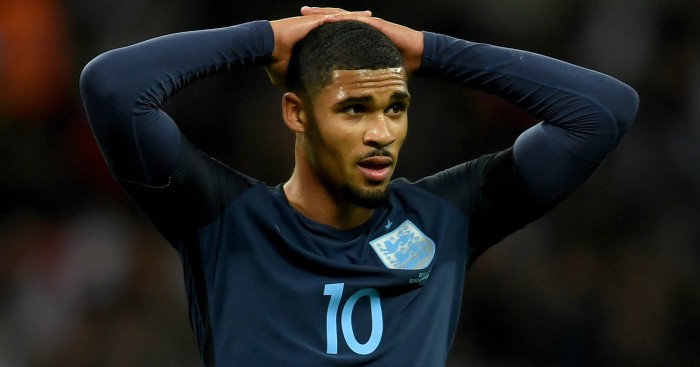 RAMSEY’S ARSENAL CAREER ON THE LINE
Aaron Ramsey looks more and more likely to leave Arsenal at the end of the season, as his contract expires. The midfielder is clearly an excellent player but the suspicion is that he could be far better away from the Emirates. Like Jack Wilshere, Ramsey has just become part of the furniture and that’s not intended as a compliment.

Ramsey has been linked with Chelsea and Manchester United over the past week but has also been rumoured to be interest in a move way from England. The latest update comes from John Cross in the Daily Mirror, who says that Ramsey was shocked and upset by being left out against Chelsea on Saturday, and that it’s hardly going to help Arsenal’s attempts to keep him.

The thing is, there is no natural place for him in Unai Emery’s 4-2-3-1. Either he plays Ramsey as one of the two central midfielders, which stymies his attacking instincts, plays him as the No. 10 that didn’t work against Manchester City or plays him as a right-sided midfielder. Again, that isn’t his forte.

LOFTUS-CHEEK TO MOVE TO SPAIN
Another player left out of his side at Stamford Bridge was Ruben Loftus-Cheek, and here again that may only has accelerated his departure. Loftus-Cheek was not even named in Chelsea’s matchday squad, and with Ross Barkley starting and Mateo Kovacic on the bench, you’d have to be a serious optimist to believe that he is going to start regular league games this season.

Apparently, being left out of the team has persuaded Loftus-Cheek that he might have to seal a loan move abroad in order to keep his place in England’s squad. However, the Daily Telegraph say that Chelsea will try a charm offensive to keep Loftus-Cheek at the club despite dropping him from the squad.

RAKITIC OR BUSQUETS COULD JOIN PSG
More forrin transfer news now, with them continuing to leave their bloody transfer windows open. Thought they all had air conditioning over there?

Spanish newspaper Sport reckons that Paris Saint-Germain would like to sign either of Ivan Rakitic or Sergio Busquets from Barcelona. We don’t doubt that one bit, because they’re bloody brilliant midfielders.

The question is whether PSG *will* sign either of Rakitic or Busquets, and there seems a lot less certainty there. Barcelona will accept nothing less than the release clause of either player, and Rakitic’s is by far the lowest at £112m.

The truth is that moves like these only really become likely so late in the transfer window if the player kicks up a fuss and demands the move. Neither Rakitic or Busquets are likely to do that, so both will surely stay.