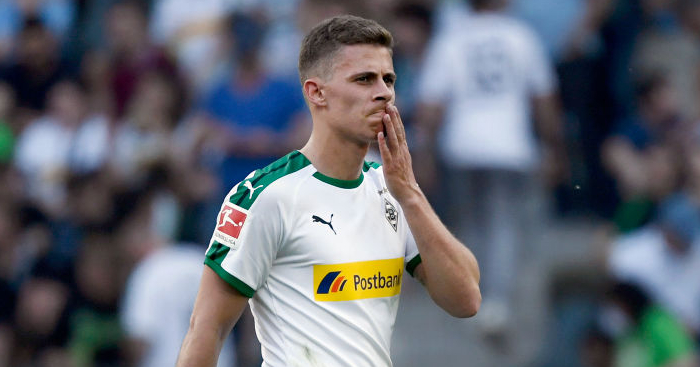 HAZARD WARNING
Everyone is desperate to know about the future of Hazard. Thorgan, who suitably sounds like a Game of Thrones character, is the Tyrion of the family, yet he is being linked with about as many moves as brother Eden.

The Sun say that while Hazard ‘has been pushing’ to join Borussia Dortmund this summer, both Liverpool and Arsenal ‘will look to hijack a deal’. The forward ‘has been on Liverpool’s radar’ for years, while Unai Emery is ‘a massive fan’.

Hazard’s Gladbach contract expires at the end of next season, and he has refused to sign an extension. The club themselves have confirmed he will be leaving this summer. And The Sun say this ‘transfer battle’ could net them £35m.

PEPE TALK
Another player Arsenal are known to be interested in is Lille winger Nicolas Pepe. Manchester United are also thought to be keeping tabs on the 23-year-old, with his agent suggesting a move was in the pipeline this week.

Spanner, meet works. Le10Sport say Liverpool have ‘ticked’ Pepe on their ‘shortlist’, clearly impressed with his 20 goals and 14 assists in 36 games this season.

The story also links PSG, Bayern Munich, Inter Milan and Barcelona to Pepe, but Liverpool will ‘take a stand’ over a player worth a reported £70m. The only issue is that Le10 themselves say he is only seen as ‘a possible successor’ to Mo Salah, and we simply can’t see the Egyptian leaving.

STICK THE COUT IN
Chelsea also want Pepe, but he is one of their two major attacking targets. The other is Philippe Coutinho, with both players seen as ideal replacements for their own lovely Hazard. This gossip has finally come full circle.

Telefoot say Coutinho is their first-choice ‘heir’ to Hazard’s throne, having become an ‘impossible’ signing for Manchester United after his Barcelona struggles. Pepe is their next alternative, but it would not be so easy to sign someone wanted by numerous clubs across Europe.

Of course, this all depends on two factors: Hazard leaving and Chelsea’s transfer ban not being upheld. Best of luck with that.

AND THE REST
There is absolutely nothing. Quench your speculative thirst another way.