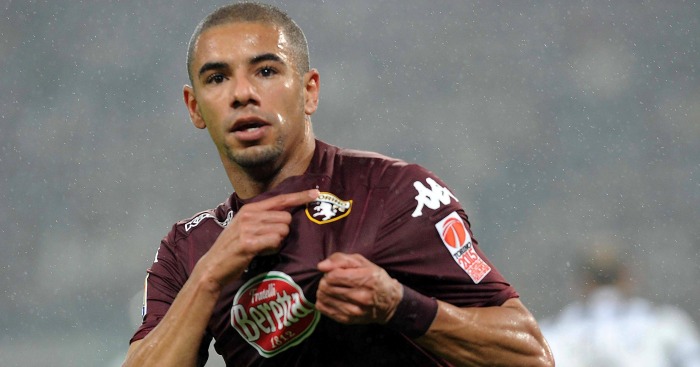 ARSENAL MAKE BRUNO PERES OFFER
The links between Arsenal and every available central defender show no sign of abating. Valencia’s signing of Martin Montoya from Barcelona surely makes Shkodran Mustafi the favourite to arrive at the Emirates as cover for Per Mertesacker, but there are plenty of alternative names flying about.

One of those is Torino’s Bruno Peres. An update on that deal comes via Toro news (passed on by the Daily Star), who claim that Arsenal have bid £13.5m for the defender. Toro News believes that Torino will want closer to £16m. No, we haven’t ever heard of Toro News either.

The Google translation of their news story is absolutely magnificent too. It’s like a passage from Don Quixote:

‘Sixteen million euro is far less than you pretend to date aspects and the patron Urbano Cairo, who evaluates the card Bruno Peres not less than 20 million euro. The president could possibly think of expanding the sleeve, falling to 17 more achievable bonus (on false Darmian line), but for now compared with 16 million in cash and just need the card of the Brazilian is not.

‘Time passes, competition increases, but paradoxically decreases the amount of the tenders: and chapter Bruno Peres, begins to look more like that there some Alessio Cerci.’

It’s also worth pointing out that Bruno Peres is predominantly a right-back who can also play in central defence. Mustafi is surely a better bet.

LUCAS LEIVA SET FOR GALATASARAY MOVE
It feels like Lucas has been on the verge of leaving Liverpool for about three years, forever destined to be on the periphery of the squad without ever bringing himself to admit defeat in his quest for a first-team place.

However, that battle may be lost. With Jordan Henderson and Emre Can likely to fight for one place in holding midfield and Georginio Wijnaldum used as a central midfielder, Lucas is again going to struggle for starts, particularly as Liverpool have no European football to contend with. That’s despite Joe Allen’s departure for Stoke.

In the last few days we have heard that Galatasaray are interested in Lucas, and that Jurgen Klopp is happy to let him leave. All that is left is for the player himself to agree to the move, and Tuesday’s papers report progress on that front. The rumour is that Lucas is set for a medical in Turkey.

David Moyes is acutely aware of the need to invest in his Sunderland squad before the transfer window closes. His new club have still not made a signing this summer, and the first-team looks wafer-thin. Moyes will push through moves for DeAndre Yedlin and Yann M’Vila, but this is a mighty step forward.

The Mail claim that Sunderland are prepared to bid £30m for Gray, but that Burnley are reluctant to sell. That’s hardly surprising given that Gray’s goals underpinned their promotion campaign; selling him a week before the new season would be tantamount to Premier League suicide.

Also, can’t help thinking that Sunderland are better concentrating on more readily available transfer targets, although Jermain Defoe could really do with some help up front.

AND THE REST
Romelu Lukaku has told his Everton team-mates he wants to leave this summer. Chelsea are confident they can strike a deal for him at around £60m…Tottenham have been told they must pay £17m to sign Rafa Silva from Porto…Newcastle United have met the release clause in the contract of Aston Villa defender Ciaran Clark. The 26-year-old had been linked with a move to West Bromwich Albion…Leeds United have agreed an initial six-month loan with Qatari club Al-Arabi for Spanish winger Pablo Hernandez.

Leicester City have given unlimited transfer funds to manager Claudio Ranieri as he looks to strengthen his squad for their Premier League title defence…Norwich City have rejected a £3m bid for Martin Olsson as West Ham seek cover for injured Aaron Cresswell…Hull City midfielder Mohamed Diame is in talks with Newcastle after they meet his £4.5m release clause…Hull City are hoping to make Wales head coach Chris Coleman their new manager this week…Chelsea’s Eden Hazard is likely to be played in a central role, behind the Blues’ main striker, by new manager Antono Conte…Everton are set to complete the £10m signing of Ashley Williams from Swansea in the next 48 hours.

West Ham are considering a move for £7m Germany star Mario Gomez to solve their problems up front…Everton boss Ronald Koeman has launched a £9m bid for defender Jose Fonte but may face stiff competition from Jose Mourinho’s Manchester United…Sunderland are ready to bid for Anderlecht giant Kara Mbodj, with new boss David Moyes already having an inquiry about the £8m-rated Senegal defender…Swansea will step up their interest in Nacer Chadli and Leo Ulloa after Fernando Llorente turned down a move to the Liberty Stadium…Fulham have told Norwich that Scotland striker Ross McCormack, 29, will not leave for less than his £15m buyout clause.