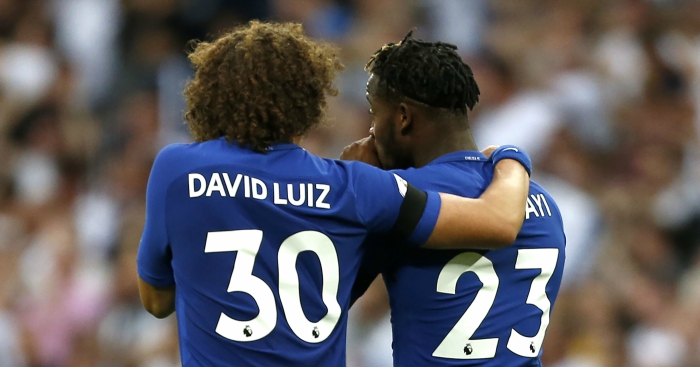 We’re Orny; Orny, Orny Orny
The BBC’s David Ornstein has done an update on Olivier Giroud’s move to Chelsea. Bring on the memes.

LUIZ AS PART OF THAT GIROUD DEAL?
Just when you thought you had heard every possible technicality of Giroud’s possible departure for Chelsea, the Daily Star are here to throw an unlikely spanner in the works.

Their chief football writer David Woods has an exclusive, and that exclusive is the claim that Chelsea are willing to include David Luiz is any deal to sign Olivier Giroud. It’s not a coincidence that the same writer at the same paper claimed that Arsenal would make a move for Luiz in this transfer window.

While offering our apologies to Woods, we are far more likely to take the words of Ornstein, John Cross or James Olley as Arsenal gospel than him. If they say Luiz will be included, we’ll start to believe it.

HAZARD IS NOT GOING TO MANCHESTER CITY
The Sunday Mirror claimed that Manchester City wanted to sign Eden Hazard this summer, and were prepared to pay £150m to get a deal done. That always seemed a slightly optimistic ambition.

By Tuesday, the Daily Telegraph have their response. Matt Law writes that Chelsea would not agree to the sale of Hazard to City even if their Premier League peers offered to break the world record of £200m when making an offer.

Chelsea are aware of the looming interest from Real Madrid, where Hazard might be interested in playing, but are not prepared to countenance any offer from a Premier League club for their star player. Fair enough, really.

LOTS OF BIG CLUBS WANT BADIASHILE
Benoit Badiashile is not a name that we are familiar with, but that might be about to change. The Monaco defender, still only 16, has apparently been impressing in France’s youth teams. That has put plenty of big clubs on alert.

The Manchester Evening News unsurprisingly sell this as a transfer ‘battle’ between City and United because that is what they do, but Barcelona and Bayern Munich are also thought to be scouting Badiashile. As we always say, given the huge scouting networks within these clubs it would be more weird if they weren’t scouting a highly-rated defender.

The story comes from Foot Mercato, who we also aren’t familiar with. That makes us instantly suspicious that this is a storm in a teacup story.

AND THE REST
Chelsea will target Fernando Llorente if they miss out on Giroud… Juventus are confident of signing Emre Can… Davy Klaassen will be loaned out by Everton in the next two days… Roque Mesa is leaving Swansea for Sevilla… New York City’s Jack Harrison will sign for sister club Manchester City, and then be loaned to Middlesbrough… Burnley have made a bid of £10m for Nottingham Forest defender Joe Worrall… Andre Ayew will join Swansea from West Ham for £18m.