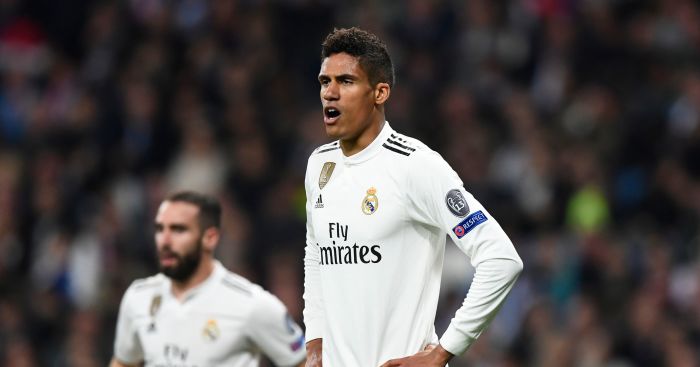 WHO’S DAVID?
The suspicion that Liverpool had accidentally been inserted into the race to sign David Neres seems well-founded. The Daily Telegraph name four Premier League clubs interested in the Ajax forward with not a mention of the Premier League leaders.

Arsenal and Everton are the two clubs who ‘have already held talks’ over signing the Brazilian, with Dortmund having gone as far as to make an actual, real-life, genuine bid. Well get them.

The two other English clubs monitoring Neres’ situation are revealed to be Chelsea and Manchester United. The former are very much dependent on their impending appeal against a FIFA-imposed transfer ban, while the latter ‘are in the market for a right-sided wide player’.

But yes, no mention of a Liverpool side who appear to have been accidentally caught in the £35.4m crossfire. French outlet Le10Sport did suggest they were interested but it seems to have been lost in translation, with Everton presumably the cause of the confusion.

THE PRO-RAPHAELITE BROTHERHOOD
The Raphael Varane trail appears to have gone cold. It was less than a month ago that his ‘desire’ to leave Real Madrid for pastures new was revealed, with the centre-half reportedly informing his teammates of his plans soon after.

Zinedine Zidane never seemed particularly enamoured with the idea of losing his compatriot and best defender, and so it transpires. Spanish outlet AS say Real ‘will not listen to offers’ for the 25-year-old, and that ‘his price’ is a ball-shrinking €500m (£431.9m) release clause. Your move, Ed.

Varane ‘won’t be leaving for a penny less than that figure’ as Real feel his level of experience and talent at such a young age would be impossible to replace. They also fear ‘his sale would be a sign of weakness,’ particularly if it involved letting him join a Champions League rival.

The most surprising aspect of this whole thing? That Real ‘are willing to reward him for his performances’ with a new contract, with Varane having ‘revised his position’. He ‘feels like he deserves more money,’ and the club are likely to acquiesce. Shock and, indeed, horror.

FELIX THE CAT
In further yet familiar bad news for United, Manchester City have started taking a look at one of their main transfer targets.

Joao Felix has been linked with a move to Old Trafford for most of the year, with the forward impressing for Benfica. The teenager even scored a hat-trick in the Europa League quarter-final first-leg win over Eintracht Frankfurt on Thursday.

Unfortunately for United, City were casting a keen eye over proceedings in Portugal. The Sun go as far as to say that Pep Guardiola’s side ‘are in pole position’ to sign a player worth around £105m – or a potential £172m.

Director of football Txiki Begiristain is said to have attended Benfica’s second-leg win over Dinamo Zagreb in the last round, with Jorge Mendes also there to represent Juventus. So the absolute best of luck to United on that one.

AND THE REST
Real Madrid will ask for 130m euros (£112m) for Wales forward Gareth Bale, 29, this summer and believe English clubs will be willing to pay that fee… Burnley will listen to offers for 26-year-old goalkeeper Nick Pope, with Bournemouth among the clubs interested, while another England keeper, 31-year-old Joe Hart, could also leave the Clarets… Manchester United have offered Marseille’s French goalkeeper Ahmadou Dia, 20, a four-year contract at Old Trafford.