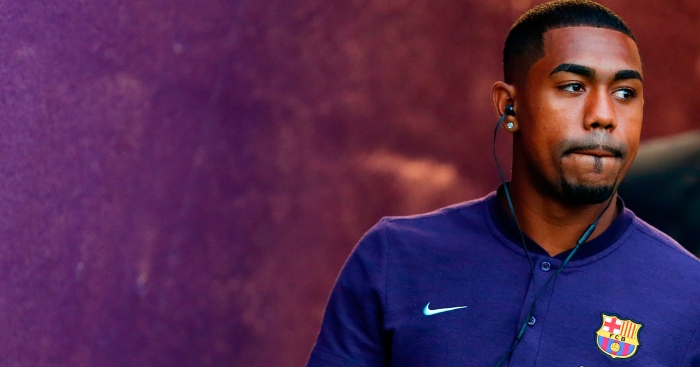 MALCOM IN THE ETC
It turns out that Arsenal’s claim that they have no money to spend this month was the biggest bluff in football history. They’re bloody loaded.

The Sun suggest that they ‘have asked’ Barcelona ‘to let them have’ winger Malcom on loan. The 21-year-old has started just one La Liga game this season – and none in the Champions League – so the Catalan club may want to ‘keep him sharp’ or put him ‘in the shop window’ ahead of the summer.

By that point, Barca ‘would demand £50m’ from any club to sign him permanently. And what’s more, that is ‘a fee Arsenal would consider paying’.

FORNALITY
The Gunners will stay in La Liga for their next transfer target: Villarreal midfielder Pablo Fornals.

Spanish newspaper Sport claim that two Premier League clubs have shown an interest in Fornals, with Arsenal and West Ham set to battle it out.

Barcelona had also considered making a move for the 22-year-old, but the arrival of Frenkie de Jong is likely to lead to them pulling out of the race.

That leaves Fornals ‘on the agenda’ of Arsenal and West Ham, although it is unclear whether Villarreal would be open to a loan move. If not, his release clause stands at around £28.5m, and they are unlikely to accept anything less. There are some tasty release clauses knocking about around Europe, to be fair.

Combine that with the move for Malcom and Ivan Perisic, and cash-strapped Arsenal are considering £113.5m worth of approaches.

CALLUM HUDSON-OH BOY (lol)
The January transfer window might be grinding to a halt for most clubs and players, but Chelsea, Bayern Munich and Callum Hudson-Odoi are at least trying to make the final few days interesting.

On Saturday, widespread reports claimed that Hudson-Odoi had handed in a transfer request. Bayern are thought to have made four bids for the 18-year-old, who is eager to follow in the footsteps of Jadon Sancho and realise his potential in Germany.

Bild states in no uncertain terms that the player ‘wants to go to’ Bayern, and they have ‘learned from the environment of the player’ how likely it is he will get his wish in January. There is apparently a 70% chance he will rock up at the Allianz Arena, and it might well take a club-record offer.