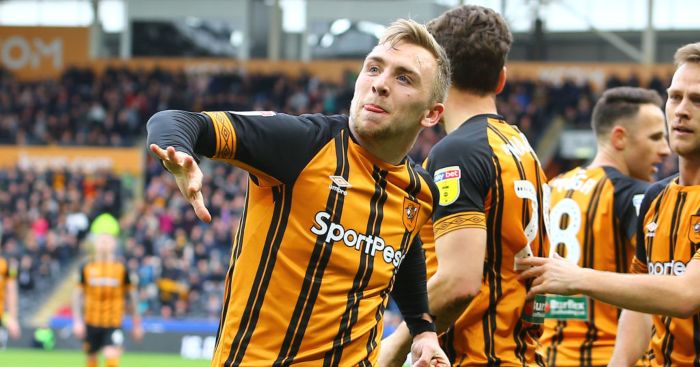 WILF PACK
Quite what makes Arsenal offering a laughable £40m for Wilfried Zaha in instalments an ‘Argos-style’ proposal is beyond this gossip column.

The Sun say Arsenal wanted to pay the fee over five years – much like Tottenham have with Moussa Sissoko – while asking for ‘a hefty DISCOUNT’ if they managed to reimburse Palace early. That is indeed ridiculous, ‘cheeky’ and ’embarrassing’, but it is not the sort of deal Argos would entertain.

The other interesting titbit in Neil Ashton’s exclusive is Palace’s valuation of the winger. Not even £80m would be enough, nor would £100m. Instead, they will hold out for an ‘eyewatering £120m’.

That’s what you get for offering £40m in instalments. Argos would be fuming.

BOWEN 737
Another Sun exclusive tells us that Palace want Carl Jenkinson for £5m, which might make the smallest dent possible in any Zaha negotiations. But another suggests Arsenal have other targets to focus on, too.

Justin Allen claims that the Gunners consider Hull striker Jarrod Bowen ‘as a good value option’ as they weigh up their targets. His valuation of £15m is tempting, but for some reason it is said that an offer of £12m would be good enough.

The 22-year-old could have cost Tottenham £20m in January. Will his 22 goals in the Championship last season translate to the Premier League?

CHEEKY FEKIR
If not, other targets are available. No-one seems to be taking a reported budget of just £45m particularly seriously, because Arsenal have been linked with another player who would more than half that.

The Daily Mirror say Arsenal ‘have been offered the chance’ to sign Nabil Fekir, he of being linked to Liverpool fame. Likely to be ‘priced out’ of a deal for Zaha, the Gunners see the Lyon midfielder as ‘an alternative’.

They go as far as to say that he has been offered to the north London club for just £30m. But it honestly feels like a combination of guesswork and adding two and two together to come up with something close to four. The story is not an exclusive, and was penned by Kylian Mbappe obsessive Jake Polden, who we sincerely doubt has contacts at the Emirates or in France.

A L’Equipe journalist stated over the weekend that Lyon had almost halved their valuation of Fekir. Two clubs were said to be interested, but neither were named. One could well be Arsenal, but we are realistically none the wiser.

YACINE THIS?
To complete the hat-trick, Sky Sports say Arsenal ‘are in talks’ with free agent Yacine Brahimi. A contract ‘still a way from being agreed’, but he would obviously be a rather cheap way of improving their attacking options.

The 29-year-old scored 13 goals and assisted nine in 49 appearances for Porto this past season, but has left this summer after five years at the Portuguese club. The only obstacle in his possible signing for Arsenal is a reported £3.5m signing-on fee.

AND THE REST
Atletico Madrid forward Antoine Griezmann’s release clause has dropped from £179m to £107m and Barcelona are ready to sign the 28-year-old France international… Barcelona are willing to pay the £100m release clause for Inter Milan’s Argentine striker Lautaro Martinez, 21… Liverpool centre-back Dejan Lovren’s representatives have held talks with with AC Milan officials over a move for the 29-year-old Croatia international…Manchester City are poised to make their first signing of the summer with 18-year-old winger Felix Correia set to complete a £3.1m move to the Premier League champions from Sporting Lisbon… Manchester United’s potential deal for Sevilla striker Wissam Ben Yedder has seen the La Liga side make a renewed effort to keep the France international.