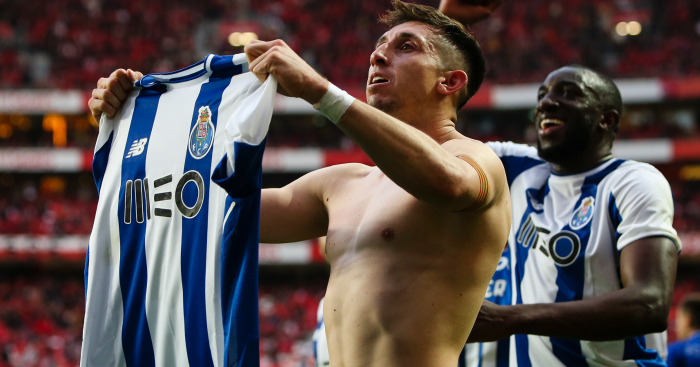 LEICESTER EYE REDS OUTCAST
Nathaniel Clyne is something of the forgotten man at Liverpool these days. The right-back barely played last season due to a back injury and in his absence, Trent Alexander-Arnold took his job and did it better.

So the 27-year-old is understandably thinking about what to do next. One option, according to The Sun, could be a move to Leicester.

The Foxes are reportedly considering a January move for Clyne as they look for back-up for Ricardo Pereira, which might not sound like the most tempting of offers for the former England defender, but it’s the best he’s got so far.

Clyne has played only once this season, in the Carabao Cup defeat to Chelsea. After only three Premier League appearances towards the back end of last season, the 27-year-old made the bench on the opening day but he hasn’t been seen near Jurgen Klopp’s first XI since.

ARSENAL TRACKING PORTO CAPTAIN
Arsenal supposedly aborted contract talks with Aaron Ramsey due to cost-cutting measures, and now it is being claimed they could replace the Wales midfielder on the cheap.

A Bola claims the Gunners have been watching Porto’s Hector Herrera, who is also in the final year of his contract. The versatile midfielder has scored once in 10 appearances this season but Arsenal won’t have a free run at the 28-year-old.

Real Madrid are also said to be sniffing, with Julen Lopetegui keen on a reunion with the player he managed between 2014 and 2016. Lopetegui has rather more immediate problems, though.

Palace, Tottenham and Watford have also been linked with the Porto skipper.

AND THE REST
Thierry Henry is the preferred candidate to become Aston Villa manager with John Terry as his assistant…Arsenal are poised to move for Atlanta United’s Paraguay attacker Miguel Almiron in January…West Brom will bid again for Blackburn’s Bradley Dack…Manolo Gabbiadini says he would have considered in more depth the offers he received in the summer had he known he would be a bit-part player for Southampton this season.