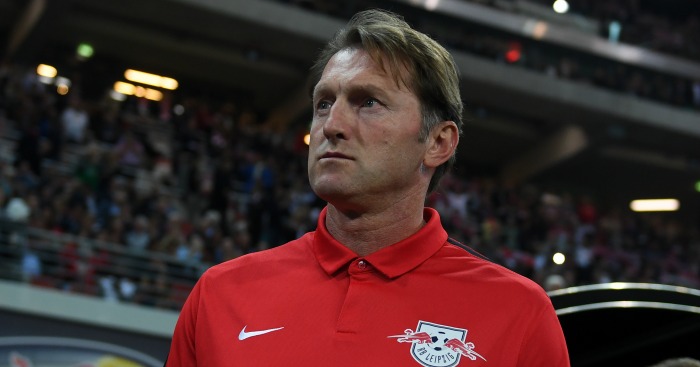 ARSENAL WANT OBLAK
The goalkeeper spot is the position in Arsenal’s squad that they surely have the most cover, with the possible exception of central midfield. Petr Cech is 34 but looks like he still has a few years in him, David Ospina is an able deputy and is still just 28, Emiliano Martinez has come through the youth ranks and Wojciech Szczesny is still an Arsenal player despite being on loan at Roma since July 2015.

Goal also point out that Wenger and Arsenal would be unwilling to meet Oblak’s £85m release clause, which is such an obvious statement that it made us laugh out loud. So you’re saying Arsenal won’t break the previous transfer record for a goalkeeper by £52m? Weird.

HASENHUTTL COULD REPLACE WENGER
Some more intriguing Arsenal news comes in The Sun, and their claim that RB Leipzig boss Ralph Hasenhuttl is on the shortlist to replace Arsene Wenger. That’s an exclusive from Phil Cadden.

In truth, it’s perfectly logical that Arsenal would have a fluid shortlist in mind, considering that there is no guarantee Wenger will be at the club beyond the end of that season. When you accept that a shortlist is likely, so too is Hasenhuttl’s name on it. He has taken RB Leipzig to the top of the Bundesliga and is forging an unlikely promotion campaign straight after promotion.

‘Emirates chiefs have been monitoring the Austrian coach for more than two years following his previous progress at unfashionable German outfit Ingolstadt,’ Cadden writes. This one has really piqued our interest.

CHELSEA WANT SULE
We thought the bag containing the names of central defenders linked to Chelsea was full up, but ESPN have managed to squeeze in another. Their sources claim that Antonio Conte is eyeing a move for Hoffenheim’s Niklas Sule.

Chelsea better hope they don’t get all of these defenders they are apparently moving for, or it’s going to end up like my tenth birthday, where a five-a-side-themed party led to me receiving five footballs and four pairs of shinpads.

‘A number of names, including Burnley’s Michael Keane, Middlesbrough’s Ben Gibson and Roma’s Antonio Rudiger, have been linked with moves to Chelsea, but Sule is seen as Chelsea’s top target,’ ESPN say. So there you go.

AND THE REST
Mathieu Debuchy could be about to end his Arsenal nightmare by moving to Marseille in January… Bacary Sagna has admitted this season could be his last at Manchester City… Middlesbrough boss Aitor Karanka hopes to succeed with a third bid of £6million for Hull defender Harry Maguire in January… Chelsea will wait until the summer to make a move for Sampdoria’s £24million-rated striker Luis Muriel… Former Chelsea winger Salomon Kalou is eager to remain at current club Hertha Berlin and has ruled out a return to the Premier League… Barnet have launched a club record offer for Omar Bogle, the Grimsby striking sensation who has scored more goals than Sergio Aguero and Diego Costa… Luke Shaw is ready to fight for his future at Manchester United as Crystal Palace eye loan swoop.