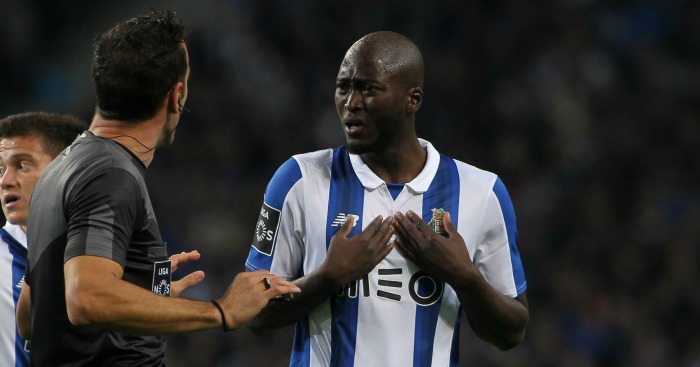 ARSENAL LINKED WITH ANOTHER CENTRAL MIDFIELDER
Arsene Wenger is reportedly peeved with Granit Xhaka after his second straight red card of the season, so it’s no surprise that Tuesday brings a transfer story along the same lines. The Daily Mirror pass on the message from Portuguese newspaper A Bola’s report that Arsenal want to sign Porto midfielder Danilo for £34.5m.

SUNDERLAND PREPARING FOR LIFE IN THE CHAMPIONSHIP
There were some bemused glances when David Moyes ranted last week about the standard of player Sunderland could hope to attract. This is hardly a motivational speech:

“I’d be kidding you on if I said the players we’re hoping to bring in this month are going to make a big difference because, first of all, we probably couldn’t get that level of player and, secondly, we probably wouldn’t have the finances to do that. To suggest that a player we might bring in would be making a big difference would not be correct.”

Yet it turns out Moyes was simply preparing Sunderland supporters for the impending bad news. The Daily Mirror report that Joleon Lescott is closing in on a move to the club. Sheesh.

In the Mirror, John Cross writes that Chelsea will look to go up against United to sign Lindelof in the summer, while the rest of us suspect that the Swede has just got an agent who is very keen to talk up his client’s prospects.

Lindelof has regularly been linked with a £38m move. It just seems an awful lot of money.

AND THE REST
Juventus star and former Barcelona defender Dani Alves is a target for three Chinese Super League clubs…Aston Villa boss Steve Bruce has won the race for Barnsley’s £3m right-back James Bree…Southampton have made a fresh enquiry for Napoli striker Manolo Gabbiadini…Aston Villa are set to complete the signing of Conor Hourihane…Newcastle have reportedly asked Dynamo Zagreb about Ante Coric and Filip Benkovic as part of a transfer push that could see the Magpies spend £35m before deadline day…West Ham are poised to make an improved offer for Robert Snodgrass and still hope to sign the Hull City winger before the transfer window shuts, as they look to boost their odds of reaching the Europa League with bookies Bet365.